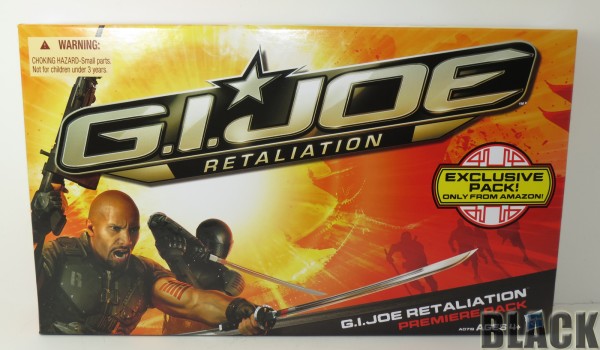 Amazon was able to beat the retail stores (at least in my area) and put out the first few G.I. Joe: Retaliation movie figures.  These figures are a repaint of the upcoming figures and features the movies main protagonists (Roadblock and Snake Eyes) and antagonists (Cobra Commander, Storm Shadow).  Here is a quick look at what you will get in this exclusive Amazon-only set. When you first get your package and open the box, you are presented with this pretty generic G.I. Joe box, reminescent of Hasbro’s mail away offers.  You have to wonder if there is a nicer box inside for presentation.  Luckily, you would be correct.  There is a much more presentable box inside for those who are into displaying the package. On the front, you have an artist representation of Roadblock and Snake Eyes.  Roadblock has the markings of Snake Eye’s Arashikage ninja clan, so that will play into the storyline somewhere.  I’m pretty sure Roadblock did not start out as a ninja.  Almost pretty sure. On the inside, you’re presented with four individually wrapped figures and accessories and a pack of wrapped bio cards.  Each figure comes with a stand shaped like a dog tag with the character’s name on them, weapons and accessories. Roadblock comes with some God-awful shoulder-harness missle launcher.  I would have just been happy with a couple of heavy machine guns for this character.  Without all that though, he looks like the Rock dressed in fatigues and ready to kick Cobra ass.  Much better.  Look for a more in-depth review when he’s available on single-card. Next up is Cobra Commander, who is looking pretty wicked in the all-black uniform.  He comes with two machine guns and a pistol that fits into the pistol holder.  I am pretty upset with Hasbro quality control though…this Cobra Commander figure came with a “Storm Shadow” action figure stand.  So now I have a stand with the incorrect name.  I would like to think that somewhere out there, they have a Storm Shadow figure with a Cobra Commander stand.  Then I would feel justified. Coming up third is our favorite silent ninja, Snake Eyes.  One of the best Snake Eyes that I have seen in a while.  He comes with two machine guns and a really cheap-looking sword.  I wish that they could have upped the quality of some of these accessories. Last but definitely not least, is the ninja we love to hate, Storm Shadow.  He comes with a dagger, and a sword (both better than Snake Eyes accessories), and an attachment to place on his back to carry his swords.  When I first picked up this figure, he was very loose, but it’s for display purposes so I let that slide.  This is one of the best out of the four.

Pick yours up today from the BlackActionFigure Store (Powered by Amazon). It is our featured product of the week! 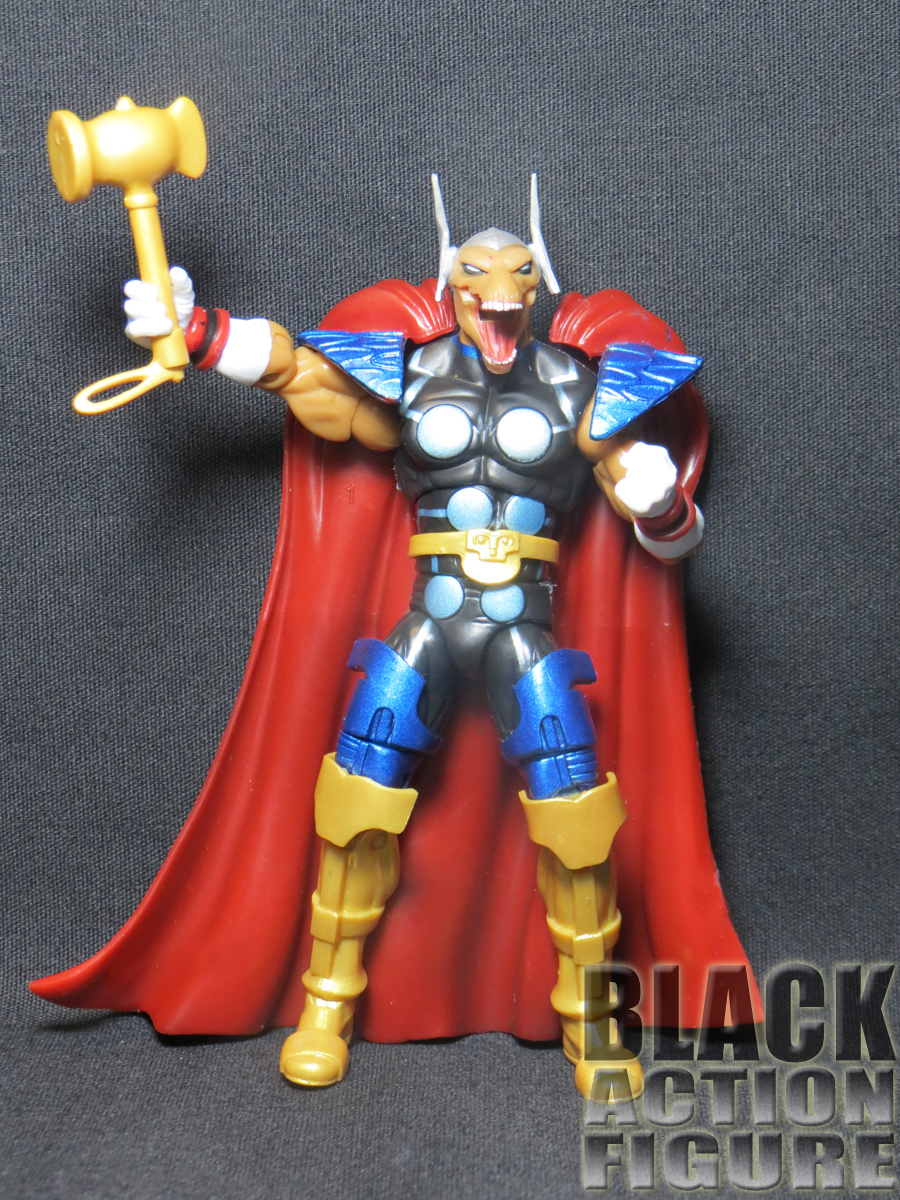