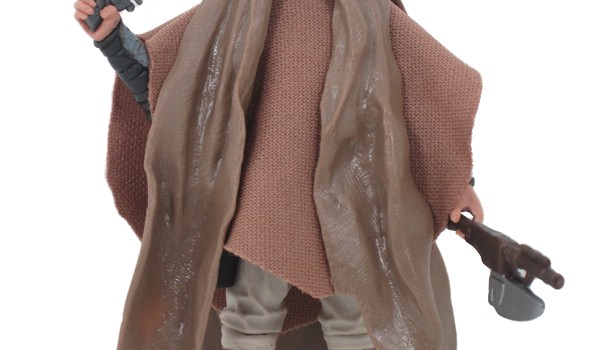 Okay, first things first, I’m a pretty big Star Wars fan.  I have seen the original trilogy in theaters as a boy, I have moderately enjoyed the “Special Edition” effects, and I have tolerated the second trilogy.  But all-in-all, it has been a pretty great experience.  So when the original trilogy came out on VHS tape, I was one of the first to place my preorder and then be in the long line that morning to pick it up.  When the first trilogy came onto DVD, I made sure that I picked it up (there were plenty of copies to go around).  So now, George Lucas has decided to release all six movies on Blu-Ray DVD with 40 hours of extra content and I was…at home reading a book.

Yes, I did not pick up the Blu-Ray set.  The main reason being, I don’t own a blu-ray player (not even a PS3).  So I never felt the need to have it.  So now, Hasbro has decided to put out several characters that they dub the “Blu-Ray Deleted Scenes Figures” and I had to have them!  A Luke, Leia, and Lando (the 3-L’s) that have never been produced based on scenes that never made it in the film?  That was a no-brainer.  So luckily, I got my hands on a Lando Calrissian in Sandstorm Outfit.

From what I can gather on the Internet (since, you know, I haven’t actually “seen” the deleted scenes), this figure is based on what Lando and crew wore after they defeated Jabba the Hut and they are making their way back to the Millenium Falcon and Luke’s X-Wing.  On the way, they ran into a sandstorm (hence the “Sandstorm” outfit).  Okay, that’s about all I know until I see the scenes!  Let’s take a look at the figure… On the front of the packaging, you get the special “Blu-Ray” sticker indicating that these characters were based on the deleted scenes in the movie.  I will give this a plus, because this is how these figures caught my eye in the first place.  Big plus for Hasbro placing this sticker on the packaging.  But it was then that I realized what I don’t like about the packaging.  The “Vintage” card does not allow me to unhook just that figure off of the peg, which means I have to take off the 5 figures in front of it before I have this one in hand.  That’s pretty annoying, but luckily, I don’t normally collect a lot of Star Wars, so I’ll sort of let them off the hook.

On the back of the package, we get to see the 5 figures that were part of the deleted scenes collection: Luke, Leia, Lando, Calamari Rebel Pilot, and Colonel Cracken.  While all 5 go quick in the stores, I often see Colonel Cracken go last.  No love for the figure that got completely cut from the movie!
Score: 8.5/10 (Standard good Hasbro packaging, plus for sticker, minus for “vintage) Accessories
Hasbro always seems to do a pretty good job with Star Wars characters’ accessories and they continue to do so with this figure.  Lando first comes with a soft cloth overlay/poncho accessory.  Over that, you place a hard plastic “hoodie”.  Together, they simulate his sandstorm gear.  He also comes with a pair of goggles to protect his eyes from the sandstorm. Rounding off the accessories we get two weapons, his pistol, a communicator or beacon (GPS?) of some sort, his Skiff guard lance, and Skiff guard helmet.  Whew….now when I bought this, I wondered why he came with his Skiff guard outfit (seeing as I didn’t see the deleted scenes) but after taking off the sandstorm equipment, you are left with…Lando in his Skiff guard disguise!  Sort of a two figures in one deal!  That really made me like this figure a lot!  It only made sense, but I really didn’t expect it…

So I can’t even think what else they could have included to make this a better figure…wait, yes I can.  If this figure came with a stand, this would have gotten a perfect score in this section.  But other than that, what more could you ask for?
Score:  9.5/10 (Great accessories, only needed a stand)

Sculpt/Likeness
When Hasbro said that they were going to redo the entire line…again…I had to ask why?  I really enjoyed the “Power of the Force” figures back in the late 90’s and thought it was pretty good.  But Hasbro proved me wrong.  I didn’t realize a few things until these new figures started to come out.  The “Power of the Force” figures were all buffed even if the character wasn’t.  They redid the figure with more than double the articulation.  And they redid all of the head sculpts for the characters with definitely a closer resemblence to the character.

Lando is pretty close to actor Billy Dee Williams as you can probably get on a 3 3/4″ action figure.  From the simulated permed hair (Snoop Dogg ain’t got nothing on Lando) all the way to the smarmy sculpted mustache.  This is all Billy Dee….errrr…Lando!

If anything, I do believe the skin color is a little lighter than he really is, but that is a pretty picky complaint.  Otherwise, the rest of the body sculpt is pretty accurate to both the Skiff disguise scenes and even the deleted scenes.  I also always enjoy when an action figure has a functional weapon holster, like he does for his pistol.
Score: 9.0/10 (Great sculpt for a 3.75″ figure, some color inaccuracies) Articulation
So this action figure has a respectable 20 points of articulation…definitely better than the original figure that had about 5-10 points.  This definitely makes posing the figure fun, but of course, you will probably need a stand if you want to pose him in any aggressive action stance.

The flap that is part of his uniform prohibits the full range of movement in his legs.  He also gets harder to pose with each layer of “Sandstorm” outfit that he puts on.  Put on the Poncho, still workable although awkward because most of the body is covered.  Put on the hoodie, and you’re lucky to get him in a pose where he can stand (without an actual figure stand).  In the poses where he was fully dressed, I was able to lean him against my white box, but it was still a little awkward.  But still really decent articulation wise.
Score: 9.0/10 (Clothing constricts most, but still really good articulation)

I wasn’t really expecting much out of this figure outside of it being Lando Calrissian.  But it seems I got 2.5 figures in one.  I got a nice deleted scenes Lando in Sandstorm outfit, I got Lando in Skiff guard disguise outfit, and now I have a really good 3.75″ Billy Dee Williams.  I wonder what I can do with that….(see below…you knew I was going to go there)

This and all figures featured in this review are now available in the BlackActionFigure.com Store!
http://astore.amazon.com/blackaccom-20/detail/B0077D0EZE 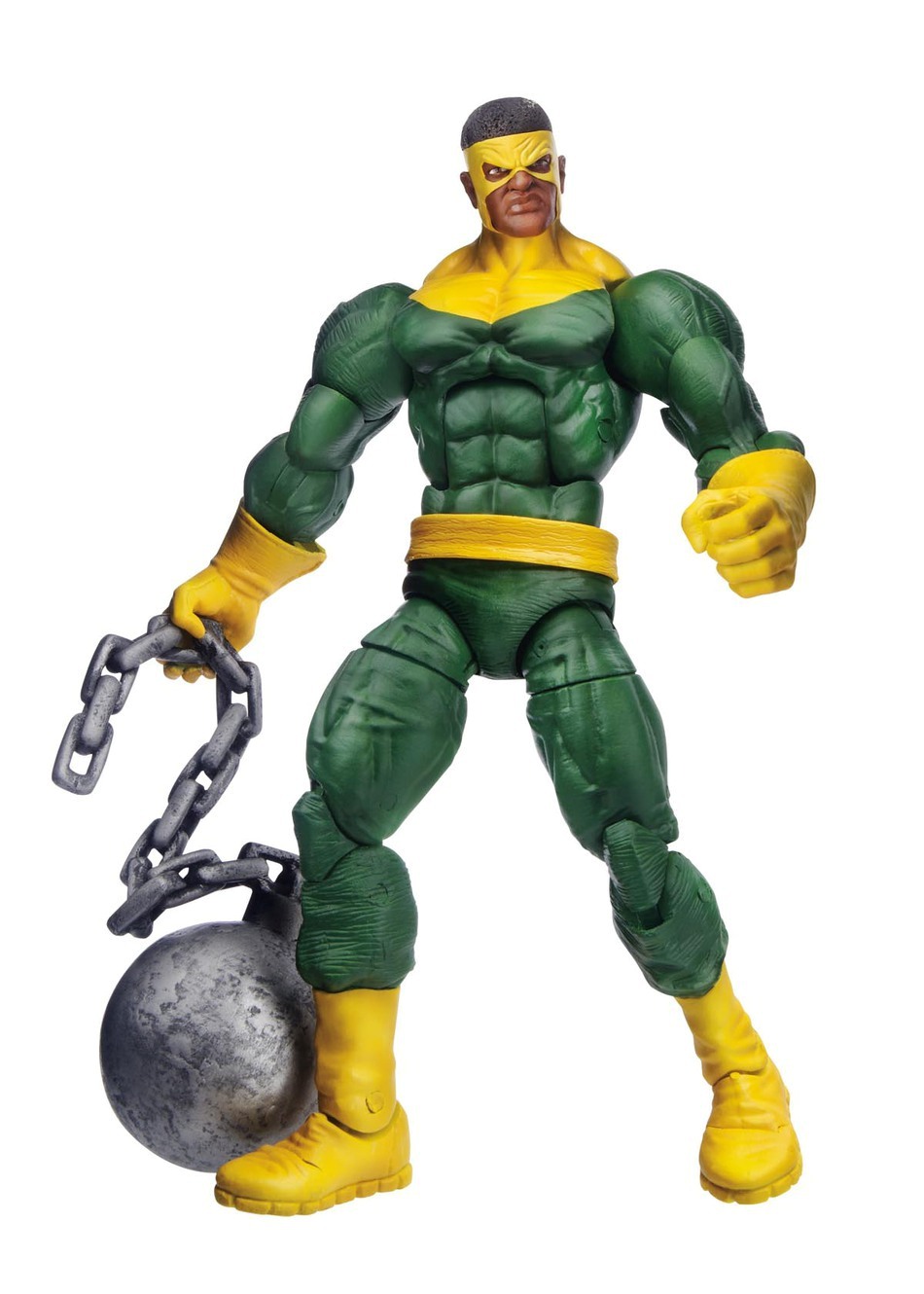