Okay, I know I haven’t posted up in a minute, but if you haven’t noticed, the whole world changed and I either couldn’t or didn’t feel like it.  Things are starting to settle down now and I got a chance to go through my backlog….which was blocked with these gigantic boxes all over the place.

You see, Diamond Select Toys usually don’t do anything small.  Their 7″ Select action figure line in most cases comes in this gigantic packaging at least 3 times the size of the figure itself. I’m an opener, so I usually can’t wait to bust those open so I can toss the packaging.

Their Gallery statue series are made for those who enjoy the look of a statue on their shelf, but usually don’t want to pay out the premium pricing of say a Hot Toys or Iron Studios statue. And they are PVC, which is a fancy way of saying “plastic” instead of the higher end quality materials of other statues.

With that said, the statues usually come in these gigantic-ass boxes, and I’m tired of stepping over them. I have done some collection maintenance and ended up with some extra shelf space, so I thought now was the time to snap a picture, open it up and put them out for display (mainly just to get rid of the box). 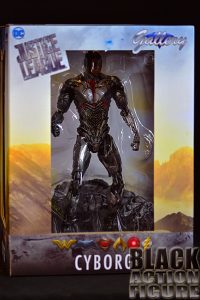 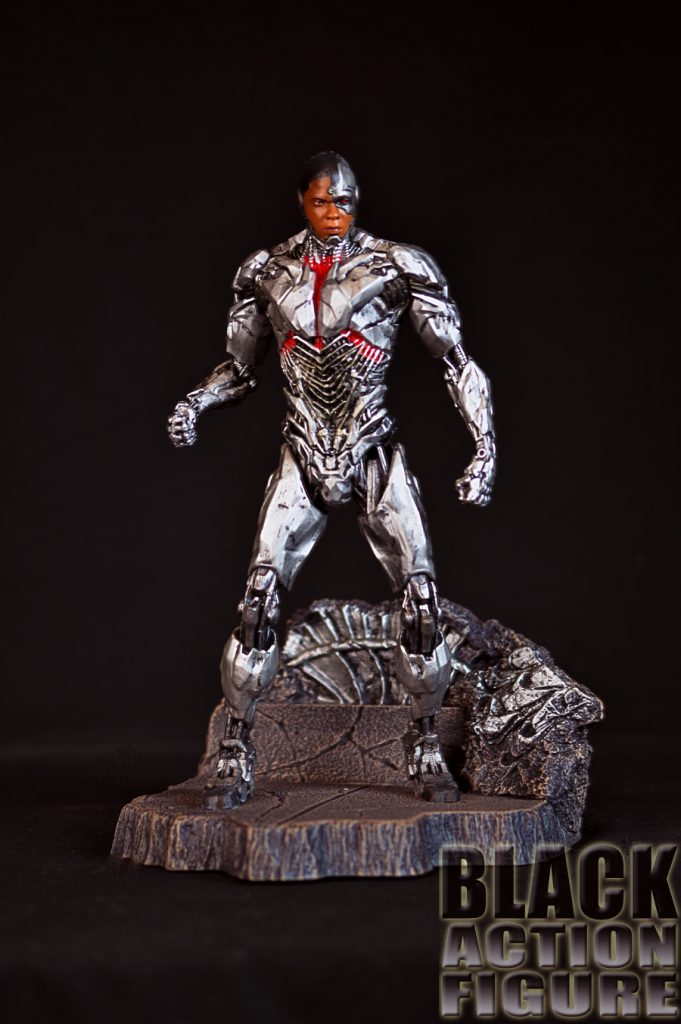 Justice League movie Cyborg
This is a better character as a statue than it ever was in the movie. Not to start this argument again. But Diamond did a good job of translating the character from screen to statue, and also did a good job of making plastic look like metal. If you’re a Cyborg fan like I am, then definitely look into picking this up, even if you didn’t like the god-awful movie. 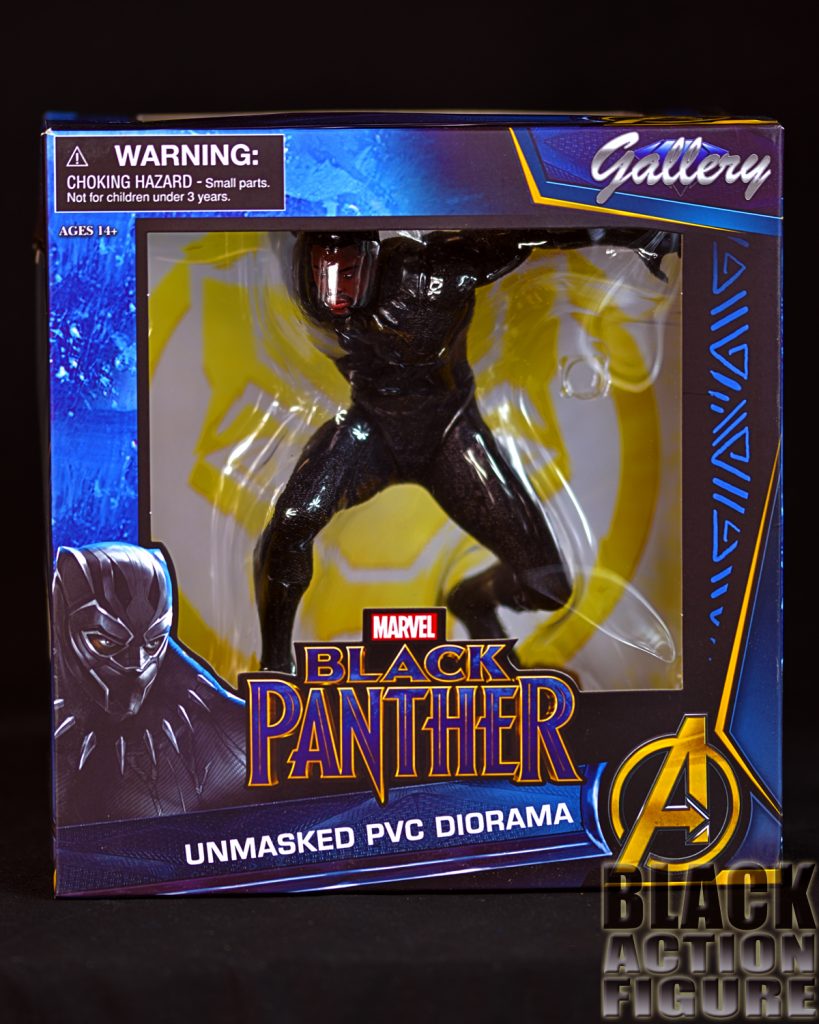 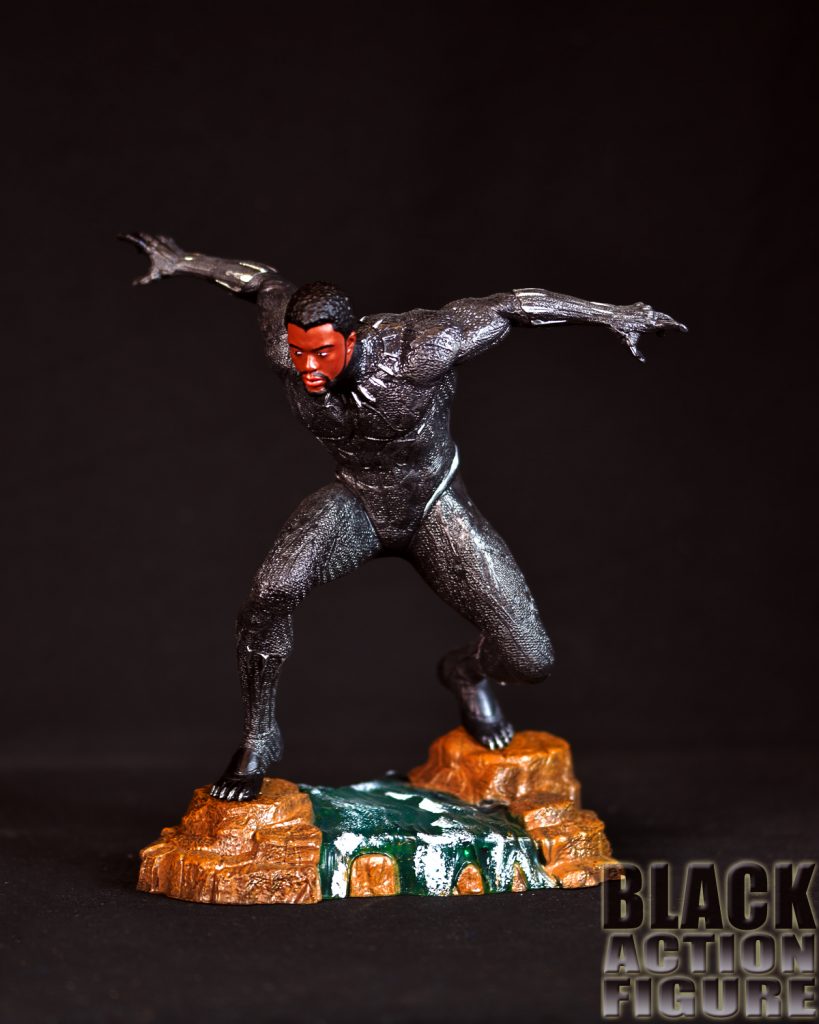 Just a warning, the other three are from Black Panther. I seem to have a lot of Black Panther merchandise.  (I really hope you’re not sick of it yet)

This one I think is either my second or third Diamond Select Gallery Statue of T’Challa Black Panther. They really rode the bandwagon with this license…and I ate it up. This time around, we get a unmasked Black Panther in a dynamic crouching pose. 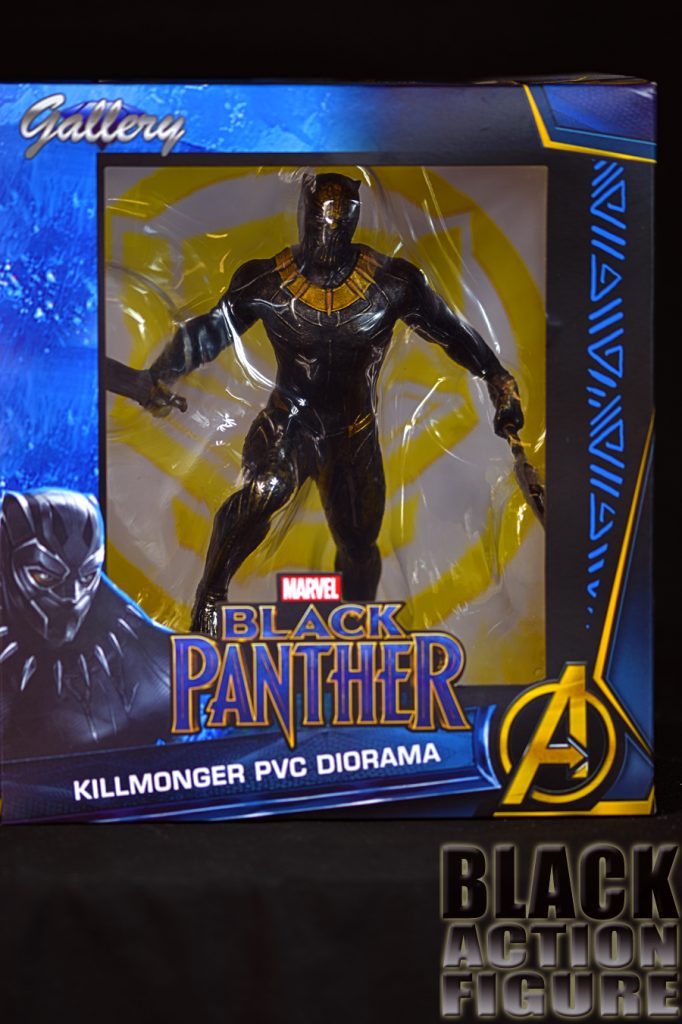 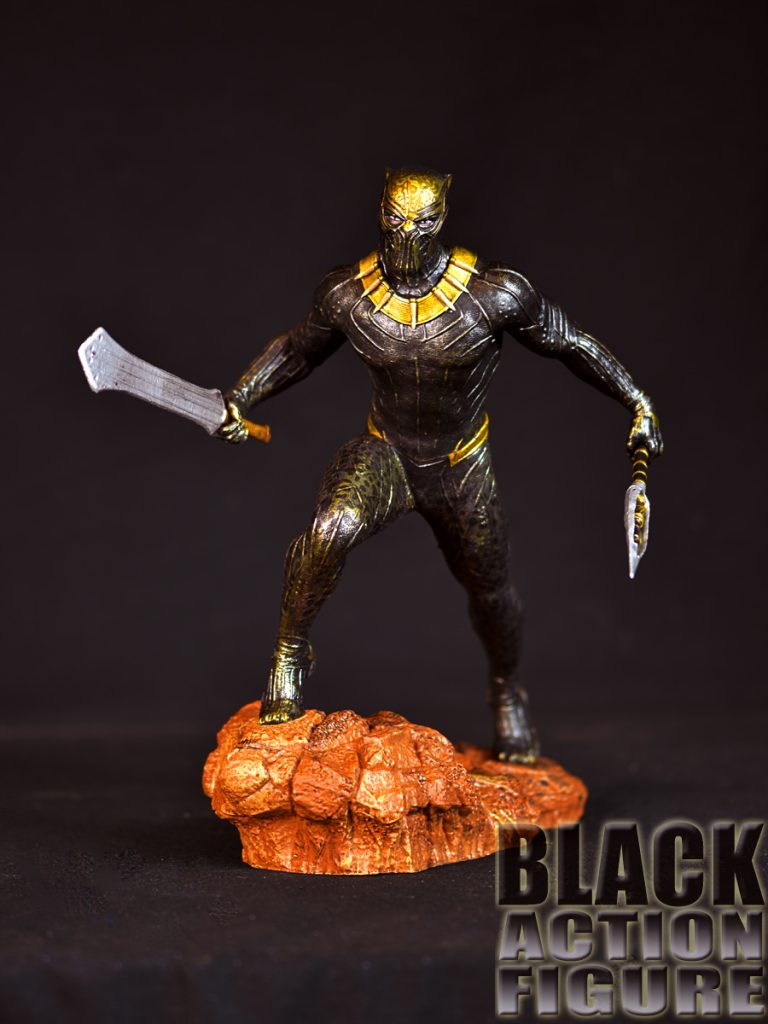 This one is actually my second favorite of the four…or is it my third. In any case, it’s not the last. We have Killmonger in his Black Panther suit holding a sword and a spear tip. The sword and the spear actually come out of his hands in case you need some posing variety.

The gold highlights on this statue look good, and makes it standout over some of the other stuff on my shelves… 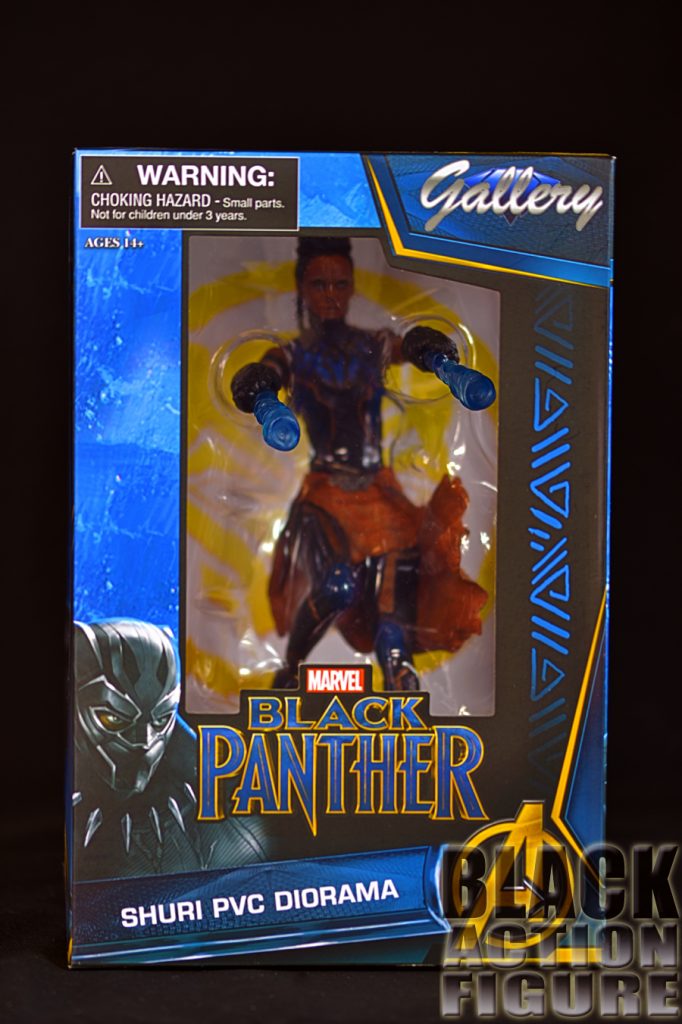 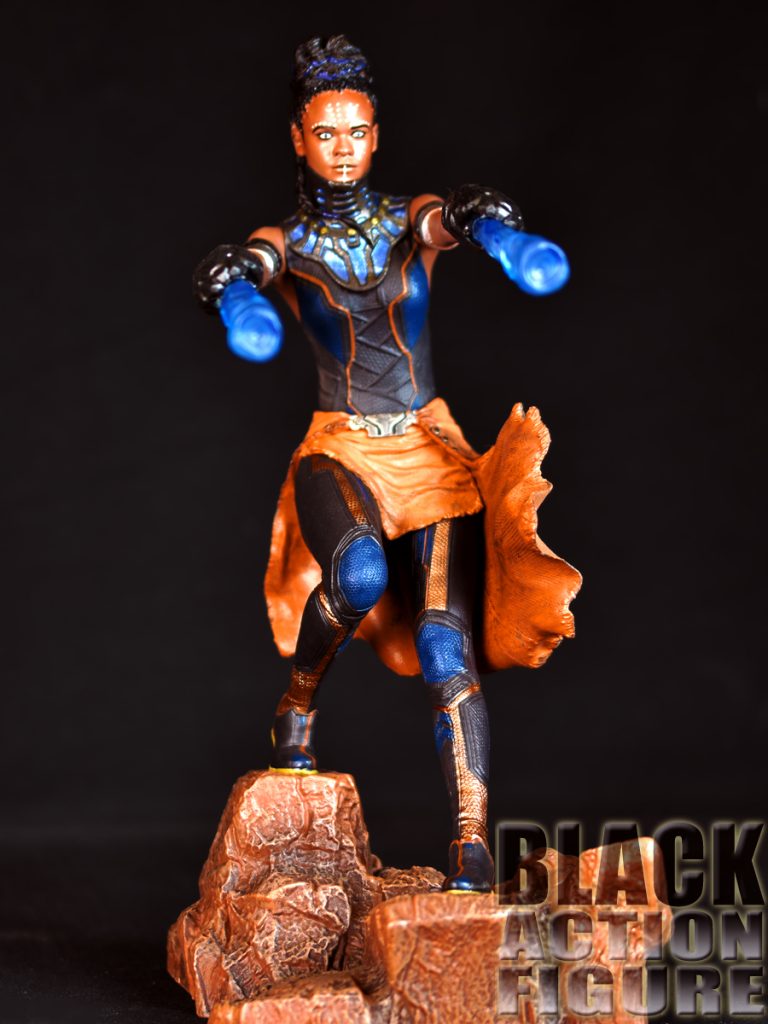 This Shuri statue is nice, with her weapons caught in mid-fire. Very expressive posing, and a really good sculpt over all. I wonder sometimes why some people get joy over spending $400-$500 dollars when the same feeling can be had for ten percent or less of that?  I guess it’s the same reason people buy over-expensive foreign cars as I plug down the road in my RAM 1500. You have the potential of liking both, but only being able to afford the less inexpensive one.