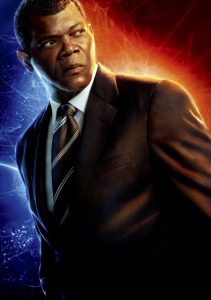 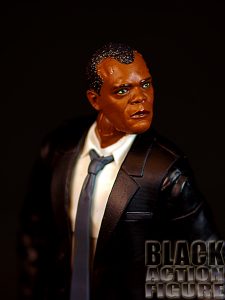 Back again and reviewing yet again another figure of a Samuel L. Jackson character. This time around we have young Nick Fury…or should I say digitally de-aged Nick Fury…from the “Captain Marvel” movie.

This figure came out roughly around the same time as Hasbro’s Star Wars Black Series Mace Windu figure, so chances are they would have a similar look and feel, right? Let’s get into the review… 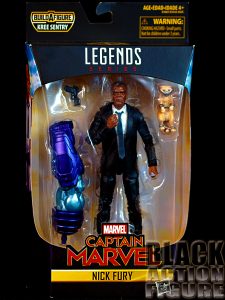 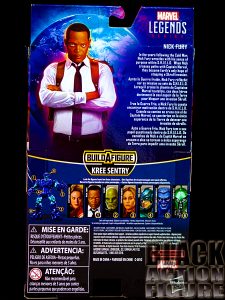 Nothing new or nothing special here. We get the basic packaging with the figure in the window on the front and on the back, a picture of the character, a bio-blurb, and the other characters/figures in this particular wave.

This is the main reason I think Hasbro needs to come off of these “stock images” of the characters. It at most times misrepresents what you are about to get and the full capabilities of what you’re getting.

It’s one of the reasons I try to find a picture of the character online as close as possible to what we’re getting, and if possible, put the figure in the same pose (see above). Usually my success rate at doing this has been roughly about 10%. 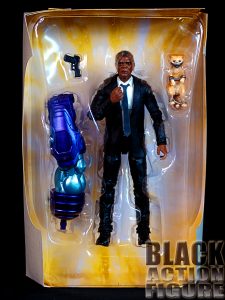 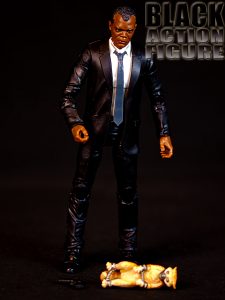 Again, not much to speak about here. Outside of the Build-A-Figure piece (in this case, the Kree Sentry), we get…wait for it…a gun and a cat. That’s it. I know I’ve seen the movie and a number of things could have been included. The tesseract for one would have been a good accessory.  And an easy accessory since they already made it for the Red Skull figure.

The cat (flerken) is kind of a waste for me. When not placed into the figure’s hands, it just looks like a dead cat.

The pistol fits nicely into the figure’s hands, but on one hand for some reason seems extremely small by comparison.

This figure does need something to jazz it up some…not sure what would work, but what we got has definitely brought down the rating in this category. 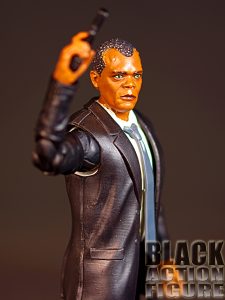 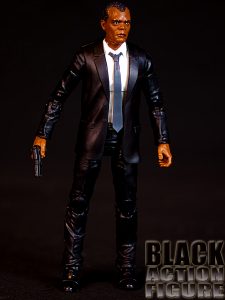 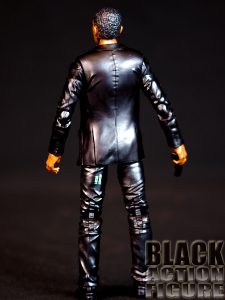 The sculpting is pretty basic. Hasbro re-used their tried and true “suit” body, but with a twist. This time around, they made the necktie loose so Nick Fury will always look like he just got off of work and is not ready to put up with your bullshit for the night before he downs his first beer.

The headsculpt seems a off. It seems angular at times, and does not look like Sam Jackson at certain angles. Or maybe it just looks like Sam Jackson if he just popped a molly or something. Very surprising coming from Hasbro who has been killing it lately on the facial likeness front. Especially their Mace Windu.

I don’t know who’s over there working in China sculpting heads, but for this figure and the Mace Windu figure to come out around the same time, it’s glaringly obvious that the same sculpter did not work on them. In this case, Mace Windu wins.

EDIT: I know what’s really bothering me! After looking at my review 20 different times, it hit me…they got the hair completely wrong! Instead of a slightly receding hairline like in the pictures on the packaging and in the press shot above, we are given some Black Norman Osborn/widow’s peak type haircut! I wonder if this was done because early shots of his “younger” self had this style of hair and that’s what they went with the figure…meanwhile, they changed the hair during editing. I’m pretty sure that’s what messes the whole thing up for me! 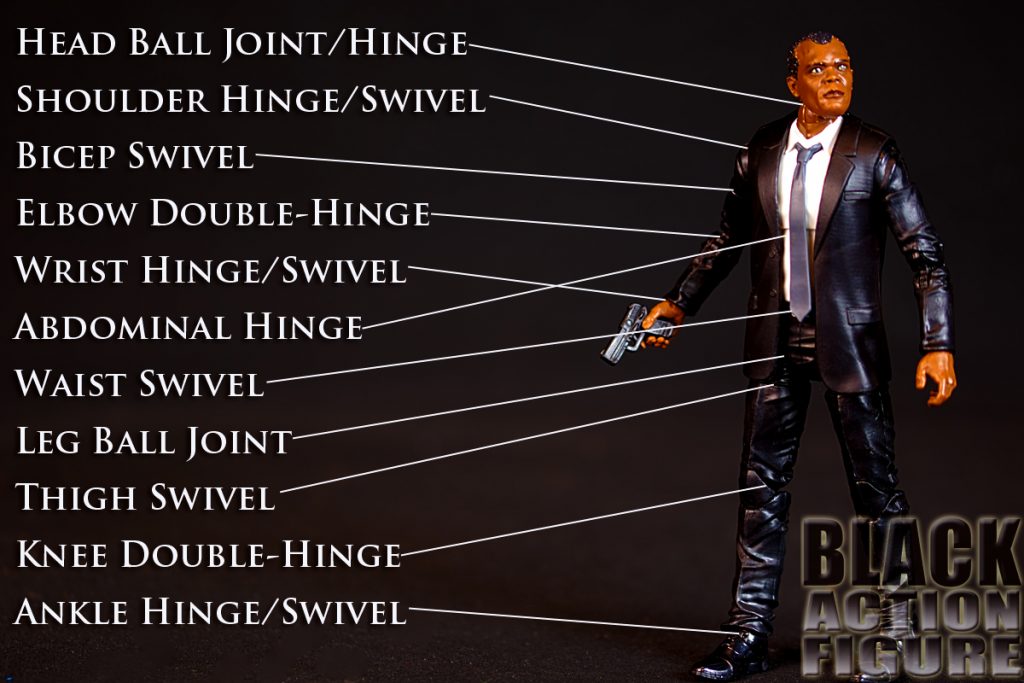 Again, Hasbro shows out with over 30+ points of articulation. But as always, it has its pain points.

The jacket that the figure is in blocks some range of motion when trying to pose it. The center of gravity was also a little hard to figure out as the figure could not retain balance sometimes and fell in between poses.

Otherwise, a good showing out for Hasbro. It passes my “look up/look down” test and the other articulation is sufficiently good. 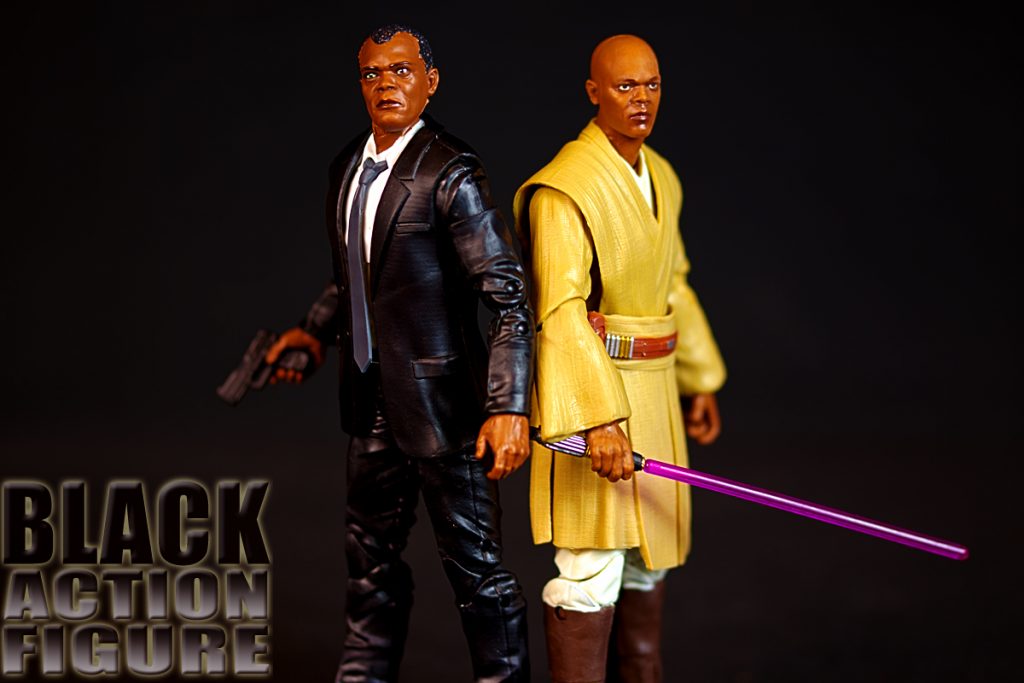 Like I told my friend, you can never have too many Samuel L. Jackson figures. He’s been in so many franchises, you almost expect them to make a figure out of any of his characters.

In this shot, I included the “Mace Windu” figure for comparison. They do look similar, but the Mace Windu looks more natural and even in the picture, softer and definitely younger. I wonder how easy it would have been for them just to take the Mace Windu head, add some hair on it, then turn it around as the Nick Fury figure? I don’t think anyone would be mad at them for doing it.

I sometimes wonder with all of these Samuel L. Jackson figures, if the man himself, Samuel L., has his own shrine setup in his house showcasing all of his characters turned into plastic. How crazy would that be? Someone would come over and he can be like “yeah, that’s me in ‘Shaft.’ And that’s me in ‘Django.’ Here goes my ‘Pulp Fiction’ one. And of course, here’s me as Mace Windu pulling in that ‘Star Wars’ money!”