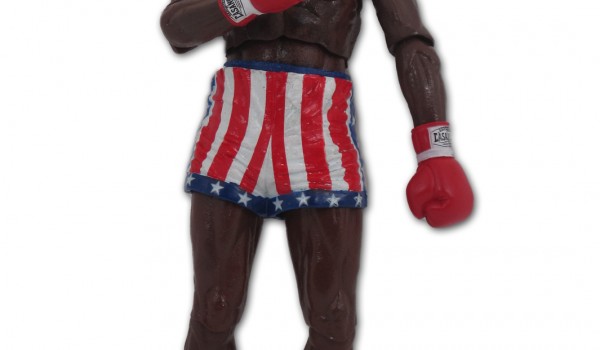 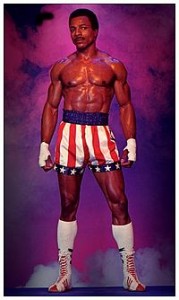 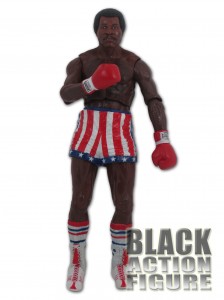 When I started this website, I had no idea (or any clue) that I would be reviewing an action figure from a movie that was made 35 years ago.  Yet, here I am, reviewing Apollo Creed (played by Action Jackson himself, Carl Weathers) from the movie Rocky.  I remember Rocky being one of the first movies I’ve seen as a child.  I believe my family and I were watching it on television (I’m not old enough to remember it in theaters).  I don’t remember much of what happened in between, but I think I got the gist of it, even at a young age.  White guy loses to Black guy, White guy trains some more, White guy comes back and beats the snot of the Black guy.  Pretty predictable.

It was only as a teenager when I saw it again was I able to appreciate the complexities of the movie.  I won’t get into all that here, but even viewing it again, I always liked Apollo Creed.  The actor, Carl Weathers, went on to play in two of my favorite movies, Predator and Action Jackson.  Now as an adult collector, I have the opportunity to pick up a figure I missed the first (several) times it was offered.  So let’s get started and take a look. 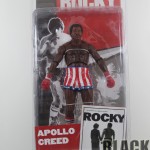 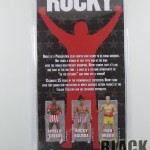 Packaging
I own a few NECA – made action figures, but this is the first one that I have reviewed.  Most of NECA’s action figures come in a clam shell and are usually impossible to get at unless you have a razor or pocket knife available (I had both).  Easy enough then.

The package design itself wasn’t anything special, but did what it was meant to do which was highlight a Rocky character.  On the front, I did not like the fact that they didn’t include a real picture of Apollo Creed.  Instead, you have a picture of Rocky Balboa and his girlfriend Adrian holding hands.  That was a missed opportunity by NECA.  On the back is the blurb talking about celebrating the 35th anniversary of the movie with these figures and pictures of the available or soon to be available figures.
Score: 5.0/10 (Pretty generic packaging and  loss of points for no character picture) 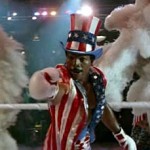 Accessories
This section is easy…there were none!  Just Apollo ready to fight.  At the very least, NECA could have included the American Flag top hat and jacket he wore like in the picture on the right.  That would have been a nice little addition and very easy to incorporate.  But nope.  Just the figure.
Score: 1.0/10 (I gave a point for the boxing gloves)

Sculpt/Likeness
Yes, this sculpt looks like Carl Weathers.  But there is something in the face that makes it look like he just doesn’t care about the fighting anymore.  Otherwise, everything else is on point.  Everlast boxing gloves?  Check.  Multi-colored socks? Check.  Micro-Afro that was popular in the late 70s early 80s? Check. 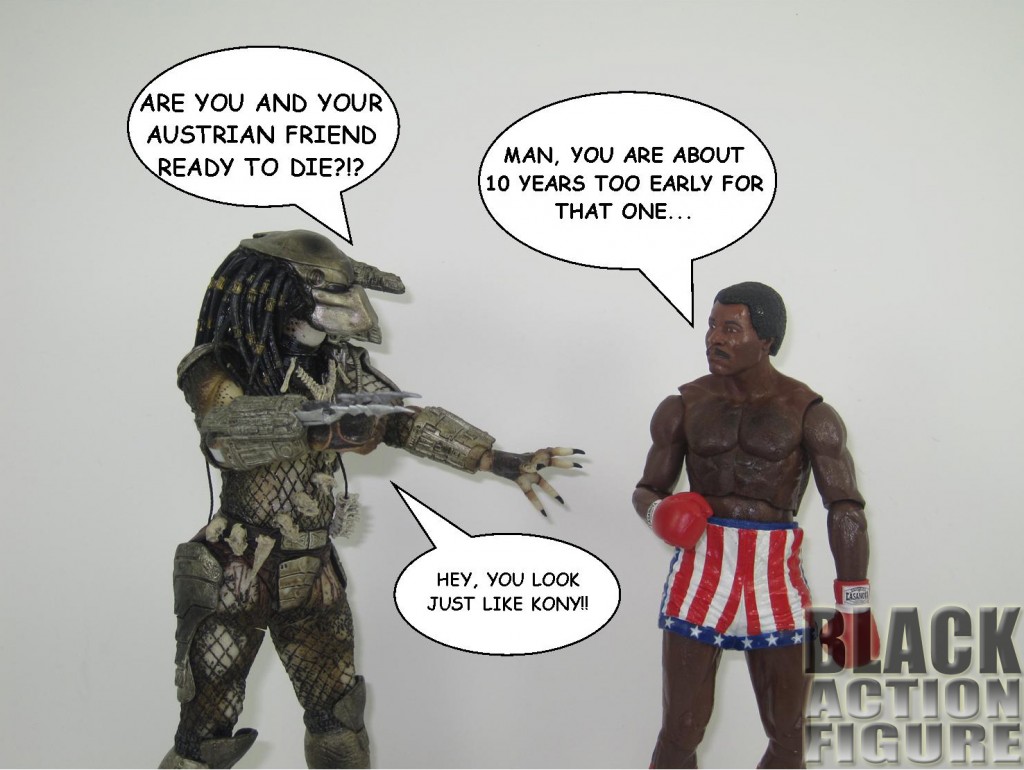 What’s pretty significant is the timing of the figure.  There is a joke going around that Carl Weathers resembles the African dictator and child-torturer, Kony.  If you look at the picture, he really does…but I’ll let you all Google that one and move on with the review.
Score: 7.0/10 (Good likeness, lazy expression on his face) 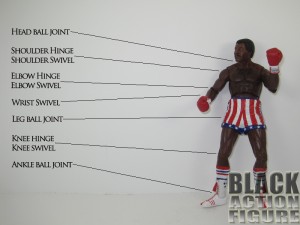 The shorts actually resist some movement in his leg, so some poses are impossible.  But posing was generally okay with this figure.
Score: 8.0/10 (Pretty basic articulation, but figure’s shorts cause some issues)

Besides the complete lack of accessories, this is a fairly decent action figure.  Even though other companies have had the license to make figures based on this movie including Jakks Pacific (know for their wrestling figures), I’m glad that NECA was able to take up the action figure mantle on Rocky.  It is definitely made for the collector in mind, but I think it would be pretty cool if some young kid discovered it and asked their parents “Who is Rocky?”  I believe some of the older stuff is the best.  My future child may never even know about Rocky 5 or beyond.  Hell, they’ll be hard pressed to find out about the second Star Wars trilogy.  Yeah, it’s like that.

This and all figures featured in this review are now available in the BlackActionFigure.com Store!
http://astore.amazon.com/blackaccom-20/detail/B006QFHC5E 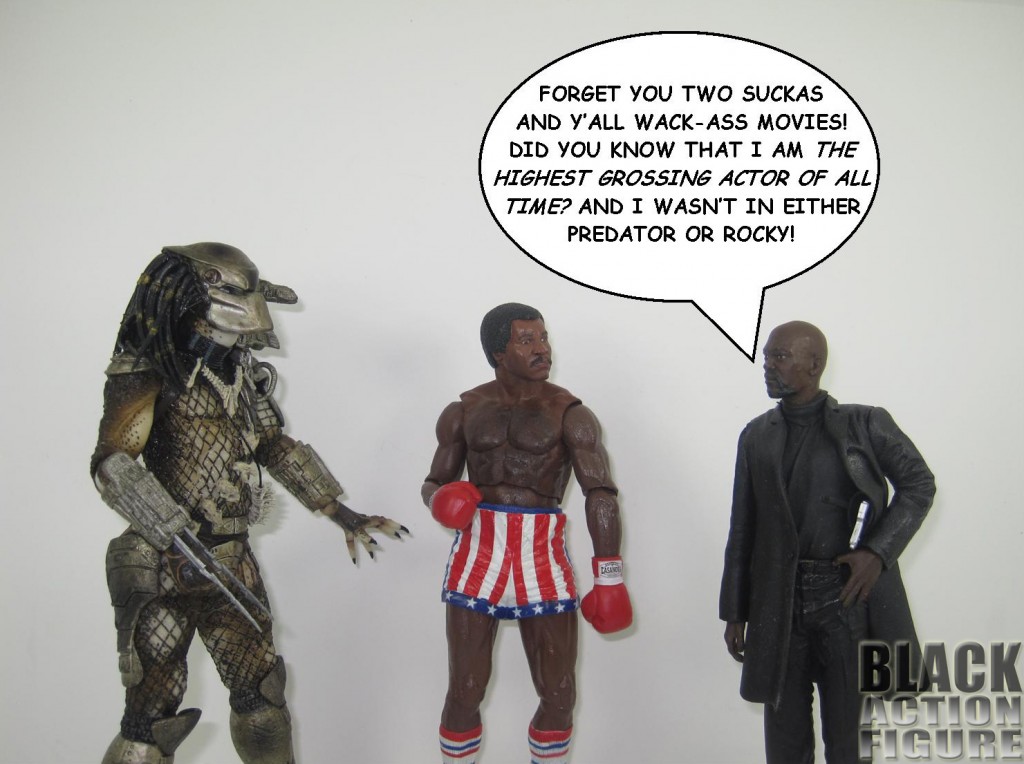 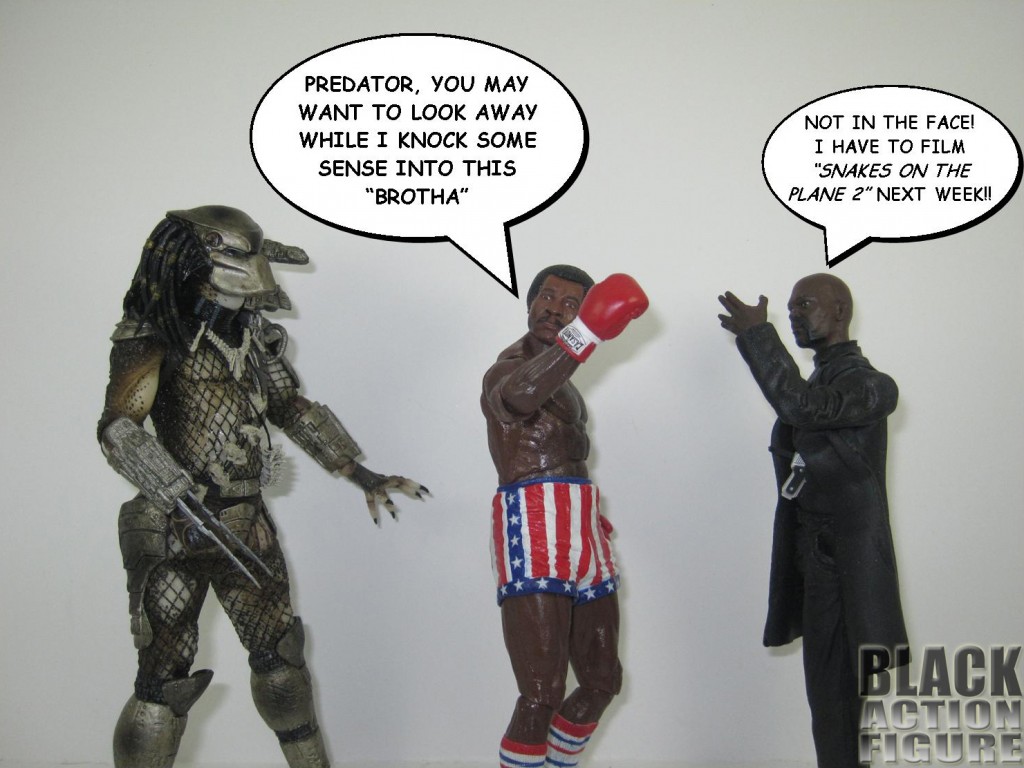 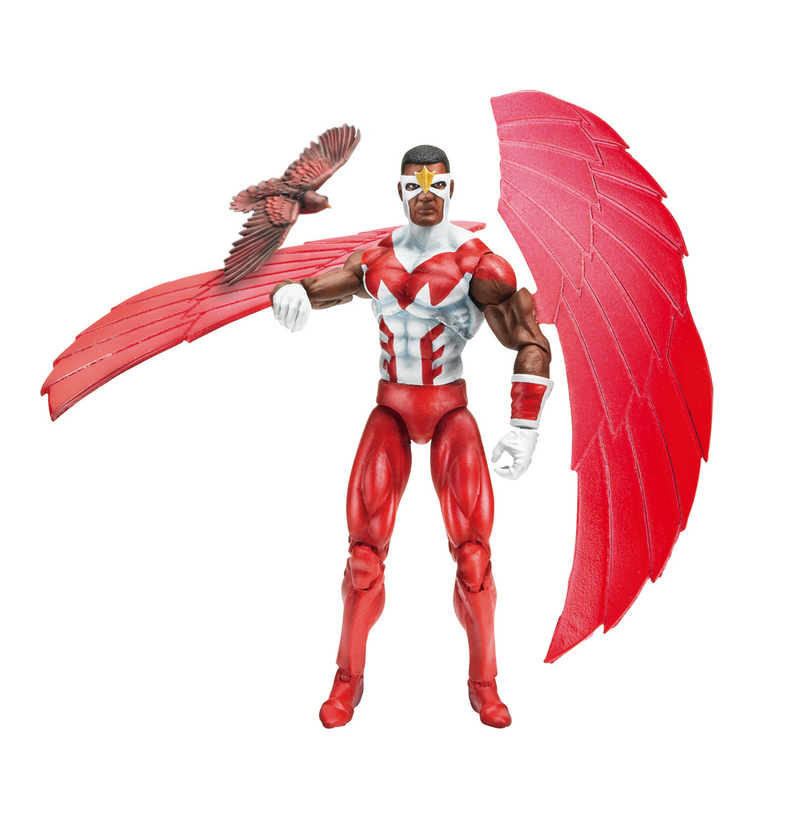