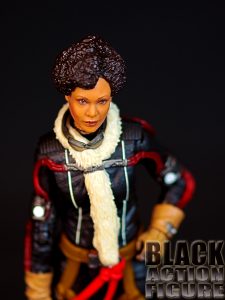 Next up is Val from the “Solo: A Star Wars Story” movie played by one of my favorite actresses, Thandie Newton. It’s always surprising to me that we have another actor here who has had a varied and long film and television career and this is (I believe) the first action figure with her likeness on it.

The movie itself was just okay to me and it didn’t do as well as they hoped in the box office, but of course you can’t have a Star Wars movie without Hasbro pimping every single character into their own action figure. In this case, I’m glad they did.  And I’m glad they used their new facial likeness technology.  How did it turn out? Short answer: Pretty darn good! Let’s check it out. 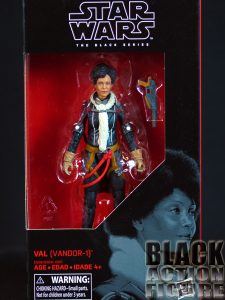 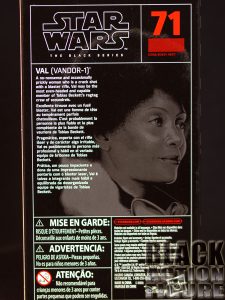 We get the Star Wars Black standard packaging. While generally not that exciting, it is consistent and I can see a “mint-in-box” collector appreciating that fact.

The red background behind the figure which is standard actually made this figure “pop” to me…I guess it was a good complimenting color to the figure itself.

The packaging didn’t lend well to the fact that there is literally only one accessory in the package. What-you-see-is-what-you-get with this figure, so while I’m excited to get to the figure inside, I’m already disappointed with the lack of additional “flair”. 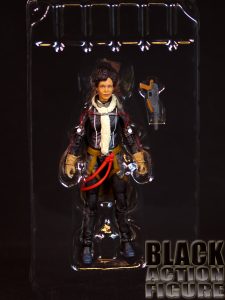 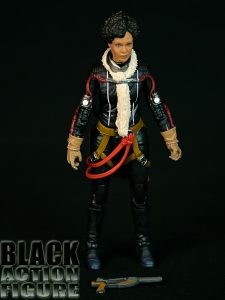 As I mentioned in the previous section, all you get is the single blaster. I’m not sure what else there really could be…if you remember (spoiler) we don’t get her for the whole movie. But she managed to set some charges on the bridge. How morose would that be if the figure came with the very thing that killed her in the end?  Cool, but morose.

I had to go back and look at the movie again…the blaster is accurate to the one she carries, so I’m okay with that. I just wish I had more to talk about in this section.

I have seen action figures who literally have 2 minutes of screen time come loaded with accessories, so not sure if Hasbro didn’t think it out or they did and figured that’s all we need. In either case, I think my disappointment is evident. 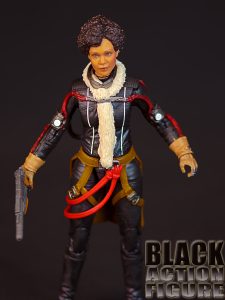 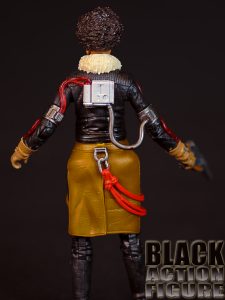 I have to preface this section with a small story. I was getting my shots from my photo shoot together when a friend of mine looked over my shoulder and straight up asked me “is that Thandie Newton? It looks just like her.”

When I first saw the promo shot of this figure, I thought to myself that they just threw this figure together. After receiving this figure, my mind has been changed. This is a beautiful figure (not as beautiful as Thandie herself, but close) and the fact that the likeness was close enough for a person who has not seen the movie to recognize her from a picture of her figure is pretty amazing. I think Hasbro upping their game has put some of these Japanese companies in their place a little bit…giving us for $20 what the Japanese companies sell for $80-$100+. Yeah, Hasbro wins out there.

The sculpting of her outfit and paint applications are good.

My only slight issue is the backside. I don’t think it was done on purpose, but the plastic “fabric” coming down her waist makes it look like Thandie/Val has a BIG OL’ BUTT!  Which is a little deceiving because Thandie is a very petite person. So I’m not sure the accurateness of this portion.  Overall it’s a great sculpted figure. 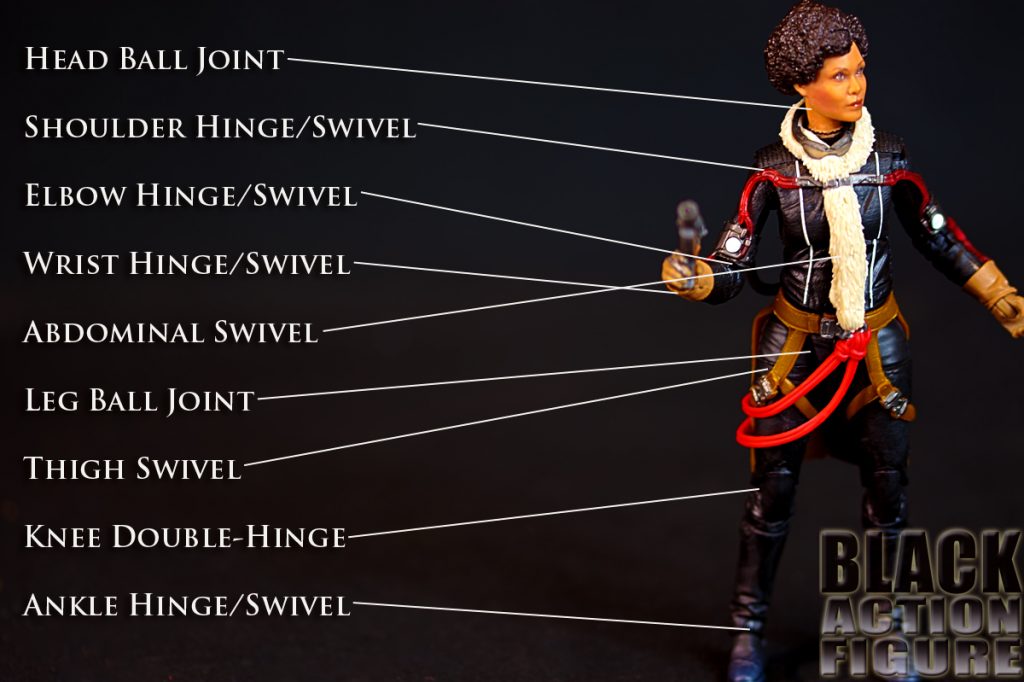 Star Wars Black figures are generally not as articulated as their Marvel Legends cousins, but they still have some familiarity around them.  This figure has about 26+ points of articulation, respectable although there are some compromises.

One of those compromises is that there is no waist swivel, so any body swiveling action takes place at the abdomen swivel.  The elbows are these hybrid hinge/swivel pieces, so no double-hinged elbows. And the head does not have the now must-have Marvel Legends hinge which allows a head to look up and down at greater degrees.

Outside of my issues with it, it is still a nicely articulated figure with good balance and you are able to articulate it in most poses. 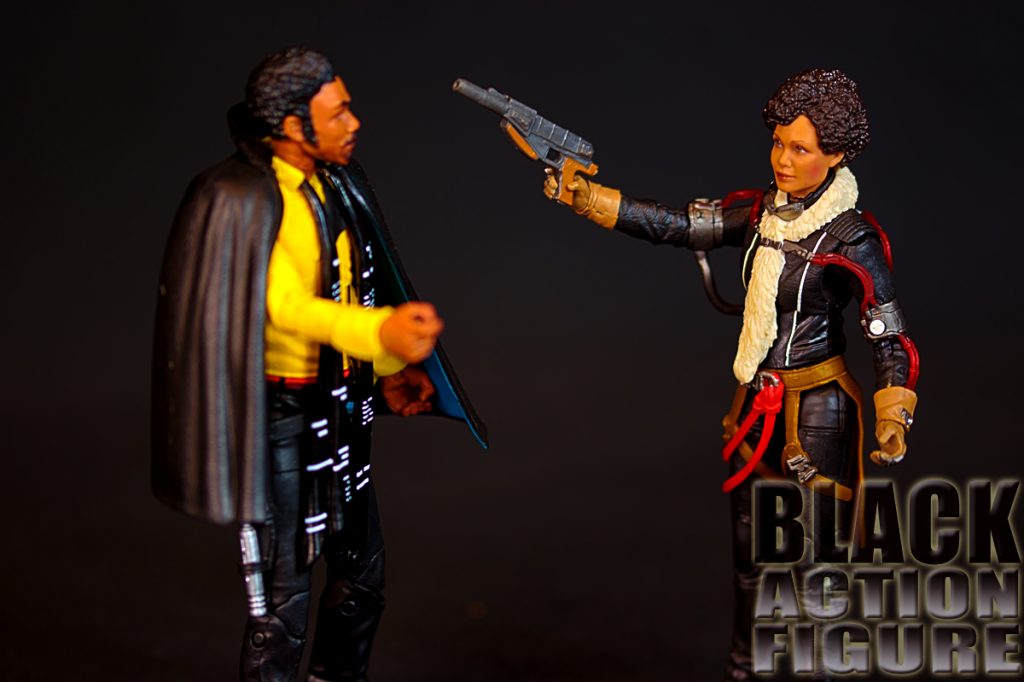 You ever think about stuff like I do? For instance in “Solo,” we have two stunning Black actors that are important to the storyline, but they never meet! I wonder if Lando would have lost his shit if he met Val…I know I would have.

In other thoughts, I looked over Thandie’s IMDB and thought about some of other figures I would like from the franchises she has acted in.  A 1/6th scale version of her character from “Chronicles of Riddick” would be nice. A “Westworld” Maeve character has got to be inevitable.

At any rate, thank you Hasbro for bringing us this first…