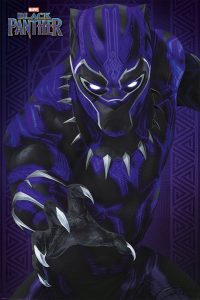 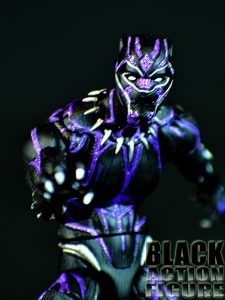 We’re down to the “Endgame” with this wave…only this Black Panther figure and the M’Baku Build-A-Figure left.  I know if I stick to it, I can get them done before I hit the movies on Friday.

This is definitely a Black Panther figure you want in your collection.  Yes, it does have a M’Baku Build-A-Figure part, but it also features a new headsculpt (different from the other new head sculpt) and the new powerset that came with his new Panther suit…the kinetically charged membrane that can issue a force pulse when fully charged. He used it several times in both “Black Panther” and “Avengers: Infinity War”.

We’re nearing epic levels of Black Panther figures…so is this one figure worth adding? Check out the review…. 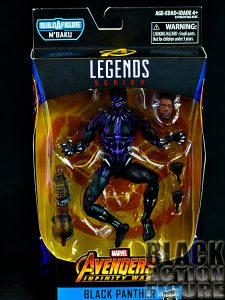 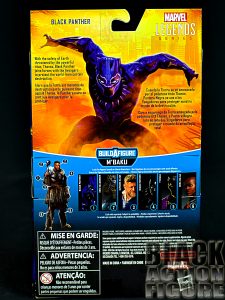 Of course nothing new here. I will say that I still think it’s a cop-out on the part of Hasbro to start using illustrations of the character on the back of the card rather than the figure itself. Especially if they put the illustration in a pose that may be hard for the collector to achieve.

When I saw the figure on the back in some dynamic pose, I knew that at least I can get the figure into THAT pose. Not the same can always be said with what’s going on now.

But you know what? Forget it because I’ll end up tossing the packaging anyway. I guess my main concern are for my “mint-in-boxes” collectors…does this change bother any of you the way it does me?  Hit me up in the comments below. 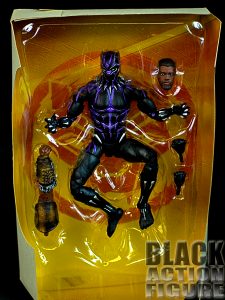 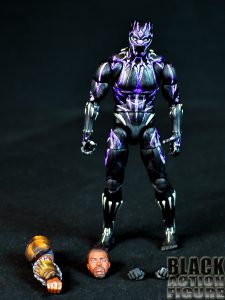 Here’s where I kind of want to complain, but I really don’t have it in me. We do get the more photo-accurate T’Challa/Chadwick Boseman head sculpt, and a pair of closed fist hands.

For my taste, could they have thrown something else in there? I’m sure they could have, but at this point, you know I’m getting this for the head sculpt. No need for pretend there. I will most likely use the head sculpt on the Black Panther figure from the first wave, and keep this figure whole (with the masked head).

To raise that geek flag, I wouldn’t think that you would want to have the unmasked head on a charged suit. Correct me if I’m wrong, but wouldn’t he be prone to blowing his own head off like that? Things that make you go hmmm… 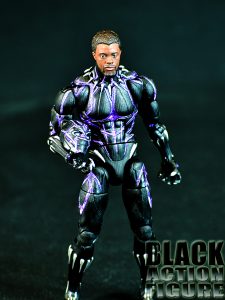 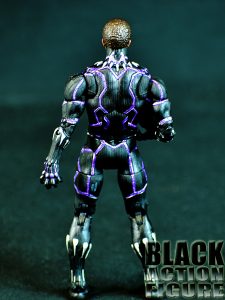 I’m not going to lie…for a $20 figure, you really can’t beat this likeness.

With the last head sculpt, we got a T’Challa in mid-smirk, which was kind of cool.  This time around, we get the more serious T’Challa head sculpt. And it still works for me.

The purpleish power effect painted on the suit is pretty cool, and makes the pictures pop. I mean , it’s already hard enough having a Black suited figure against a Black background…thank you for breaking up that monotony!

Everything else is still the same since this is the same sculpt of the Black Panther from the first wave. 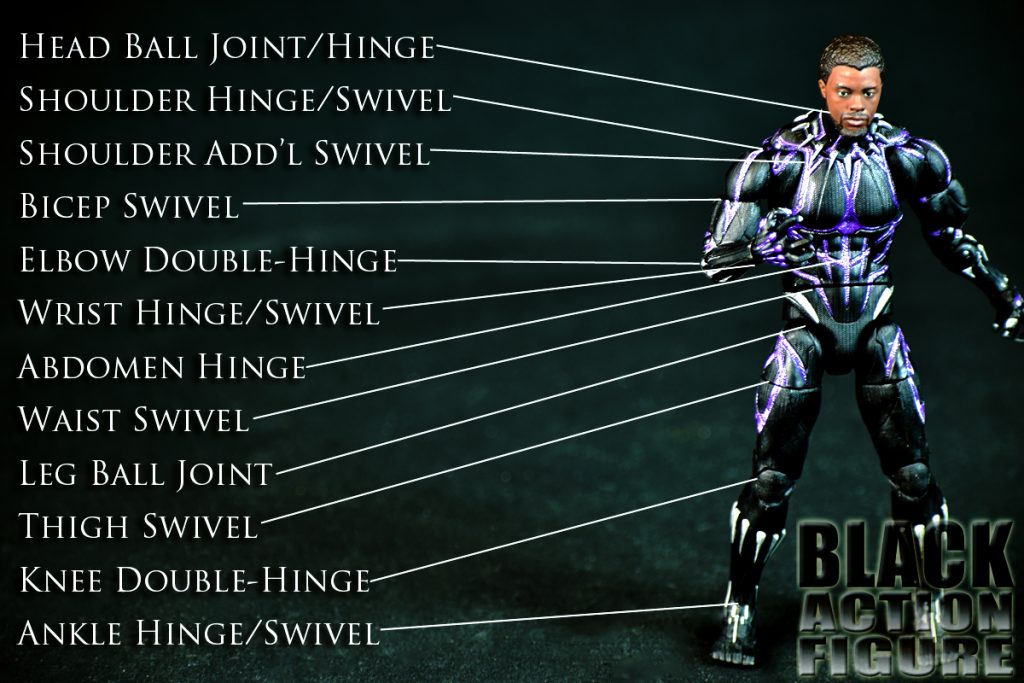 As always, Hasbro consistency wins out in the articulation department. With over 32+ points of articulation, I have no complaints here. With enough patience, you can pose this figure in almost every way. 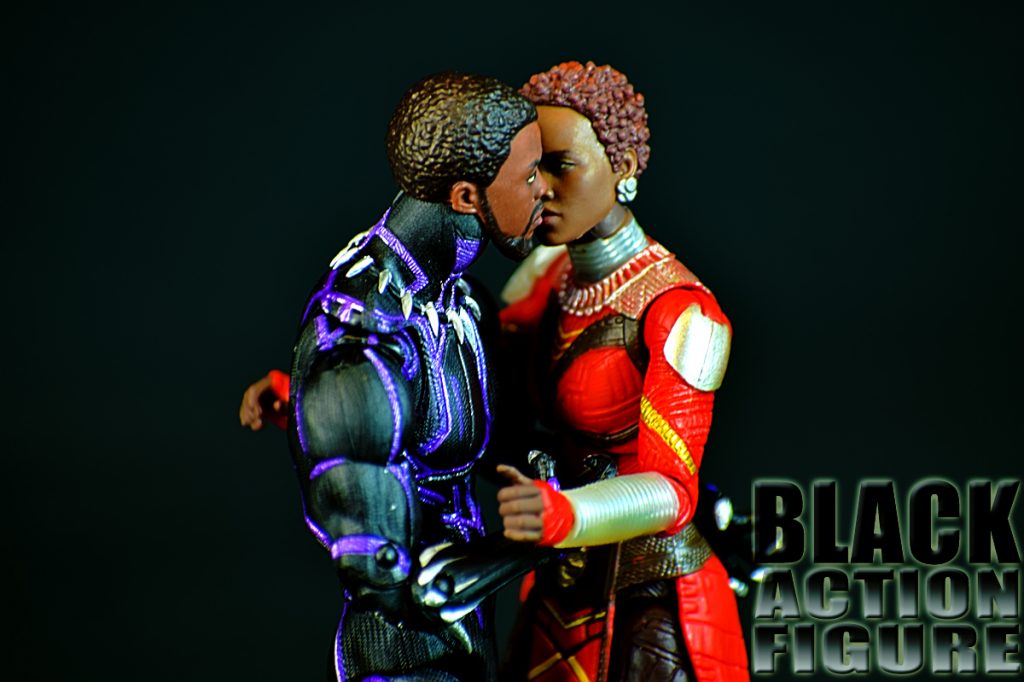 I have to thank Hasbro for letting me take part of that survey they had last year. If you didn’t see it, it consisted of several questions on what we value most as collectors for our figures.  Of course collectors want it all, and Hasbro has still managed to give us almost everything for $20.

BUT, I also wondered if they sent that survey so that they could justify a possible price increase.  Would we buy these figures if they cost $25?  (in some cases they do as online retailers like BBTS and Amazon sometimes start charging more for higher demand figures)

When Marvel Legends first came out by Toy Biz back in the day they were $8 each.  When Hasbro rebranded them and brought them back, they were $15.  In the past few years, they have reached and sometimes cross the $20 mark.

I have been playing this game where I cherry pick what I think is going to be a higher demand character, and hope that I can pick the rest up when the clearances kick in. Yeah, not a real scientific method, but it almost worked last year.

So yeah, those are my final thoughts.  Thank you Hasbro for the quality you have put in and even giving us a second wave of figures where all characters except one were Black.  That’s some definite progress.

PS – As of me writing this review, this figure is currently on sale at Amazon for less than $14!  Click on the link below and pick up your figure now!