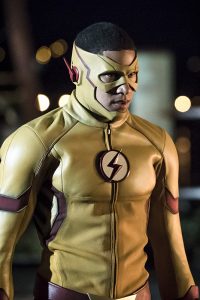 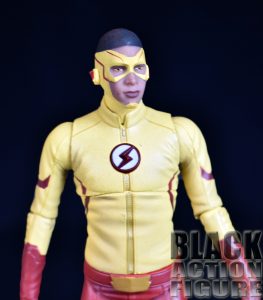 Leave it to me to review a figure of a character who is no longer a regular on a current television show. Kid Flash cometh, then Kid Flash went away. He started off pretty great, but left the television Arrowverse kind of awkward and is barely a blip on people’s mind today.

So why review him now? Well, I got a new camera and I needed to test it on a brightly colored figure to adjust the settings. So I dug in my box of stuff I always meant to get around to reviewing one day and pulled this figure out.

This figure was originally released a couple of years ago when DC Collectibles was doing passable likenesses on television characters and would have been considered maybe at one point the figure to get. Does it hold up in this ever-evolving market? Would I have scored it the same if I was timely with this review?Check it out next… 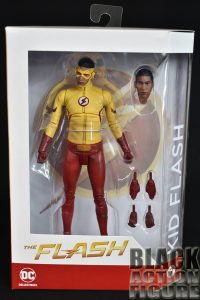 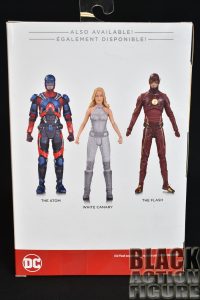 After blowing the dust off the box (we had a semi-mild fire and some ash had settled on the box), I broke out the new camera and started to take pictures.

The front of the packaging actually brought up memories of how nicely DC Collectibles presented their figures. I love the windowed collector’s box nicely displaying the figure and accessories. I love the “Kid Flash” name going up the right side of the box, adding a certain level of design to it.

Then I flip it around and I’m a little horrified. All we get are the “also available” figures on a plain white background. No figure posing (of this figure) and no bio-blurb. It’s a little disturbing how much white background is being shown. This actually quickly made me want to move on and I only ended up taking one or two shots of the back.

DC Collectibles has since moved on to their “Essentials” line which is a modified version of this packaging. I have yet to get one figure, (I’m tired of re-buying the same figures), but I’m sure the back of it has to be nicer than what we are given, right? 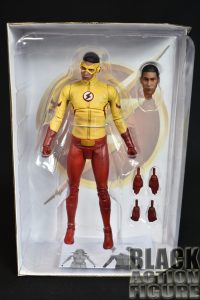 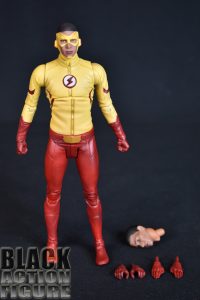 I know Hasbro and Mattel must have some secret plastic allotment that they attribute to their figures (and Build-A-Figures/Collect-&-Connects), but sometimes they put out figures that have absolutely no extra accessories when something as simple as an extra set of hands or an extra unmasked head would have increased the “buy-ability” of the figure.

Luckily, DC Collectibles gives us just that. With this figure, we get an extra unmasked head, and two extra sets of hands: one set in the opened “running” pose, and another set of open “can-hold-items” pose. Not sure what the Kid Flash figure would ever hold. It would be gruesome if he were holding his own disembodied head. But whatever.

The only other thing I would ask for is maybe some kind of “whoosh” accessories to attach to the figure and simulate speed.

It’s really hard to compare sculpt and likeness when Hasbro has been putting out their photo-accurate goodness lately. DC Collectibles was sometimes the one to beat. But they never real evolved in their ways.

First off, the colors are accurate and the nuances of the details are there, but it all seems generic. The overall stiffness and mannequin-like nature of the figure does not help the likeness at all. The painting is also very “paint-by-the-numbers” and has no other details like a black wash to accentuate the shadows.

The face likeness is also off. Technically, this looks like actor Keiynan Lonsdale, but like if someone from a wax museum designed him. Very expressionless in both faces. Also, the unmasked head came with some paint issues. It essentially looks like the eyes were painted a little too light with some weird white highlighting below them. Someone also got sloppy with the black paint and left a smudge on the character’s forehead.

All in all, a very average job that will probably go quickly forgotten in my collection. 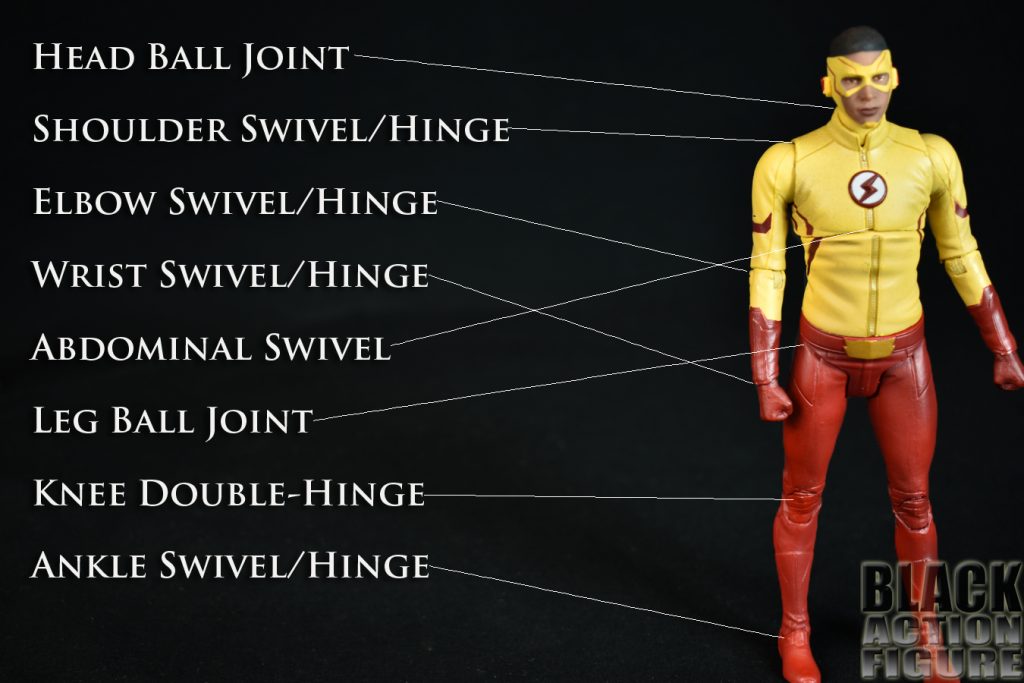 In years past, DC Collectibles have been glorified statues, sometimes missing important articulation points like elbows and knees and focusing more on the sculpting. Since then they have definitely gotten a lot better, but this figure proves they still have left a lot to be desired.

This figure comes with 24 points of articulation, but it really doesn’t feel like it. I know figures that come with half of that number that can do more dynamic poses.

In true DC Collectibles fashion, everything feels too stiff and clunky. The head can look slightly down, and even less slightly up, but a bigger range is needed for some truly dynamic running poses. The arms should have come double-hinged for more accurate articulation. And like most DC Collectibles figures, the legs don’t quite swivel all the way back or forward.

So what we truly have is an articulated statue. 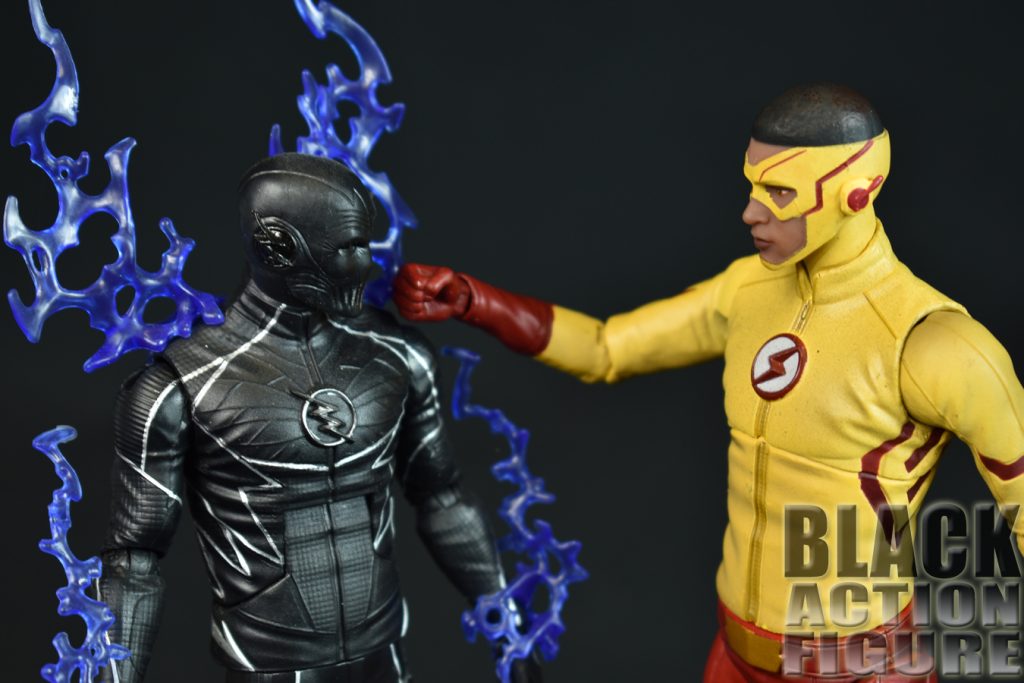 The sad fact of the matter is that this is the only TV show Kid Flash figure that we’ll get so if you’re a fan, go ahead and snatch this one up. If you’re looking for a comic book version equivalent, Mattel has come out with one, but since they are loosing the license, it may never get a widespread distribution (check out Amazon for one).

Not much else to say. The figure was blah. I was able to adjust my new camera and get used to it some. But the figure was still blah.

At any rate, pick one up now from Amazon if you have a need to add this to your collection.