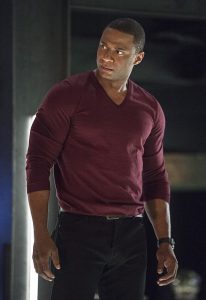 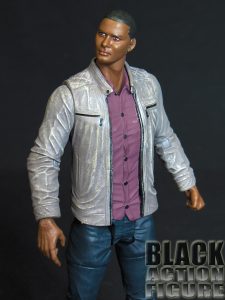 Going through my back catalog, I came across this action figure.  John Diggle as a character is a great partner/best friend to Green Arrow in the long-running CW series “Arrow”.  When this action figure was announced, I was cool with getting a plain clothes supporting character…this figure may have changed that line of thinking.  Check out the review… 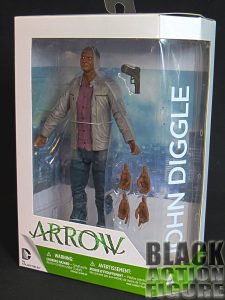 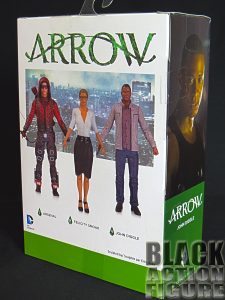 Similar to the DC Icons line of packaging, we get a nice “collectors” box that I have reviewed well in the past. The front and sides are well designed. To note, I really dig the character’s name in white on the transparent window. Somehow it gives it a more designer feel.

I like the left side of the box featuring the actor himself as John Diggle. If collector’s were to just put this on a bookcase, they could easily access this figure from this picture.

The back is another store. The figures are posed standing lifeless with their arms to the side. I was very unimpressed with the posing.  Little did I know this was an indication of what was to come from this figure… 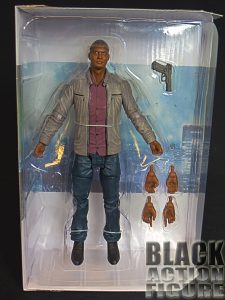 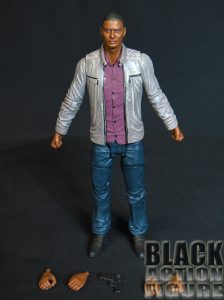 Sometimes you get a figure and you wonder “what kind of accessories would come with this figure that would make sense?” That’s especially true here. This figure was based off of John Diggle before he really became known as “Spartan” in the show, so we don’t get an interchangeable head or anything. All we get are two extra sets of hands and a semi-automatic pistol. Makes sense at the time, but knowing that he’s Spartan now (and has been Green Arrow on more than one occasion), it would have been nice to have some reference to that.

The gun is okay…pretty basic. The hands are what confuses me.  The figure comes with the “fists closed” hands, but you can interchange either with a pistol holding hand (either left or right), or some random-ass open hand.  Which of course the open hand was really not made for anything (like holding another accessory). So why even have it? They are okay accessories I guess, but ultimately forgettable. 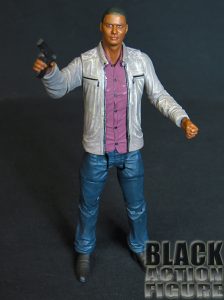 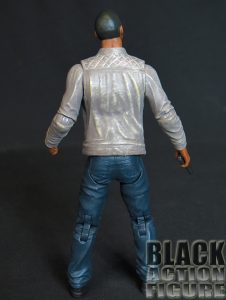 This is what put me off of caring about this figure.  This figure looks like the wax character representation of John Diggle. The expressionless face is just painful to look at. The clothes are a little too plain.  When did the character wear this outfit? This could have been worn once or twice by this character along the way. But again, not as iconic as his “Spartan” persona.

The sculpt itself is weird and this probably blends in to the articulation piece because a lot of the sculpting hinders basic articulation.  The figure’s arms won’t go all the way down to its sides.  The feet may have hinges, but those rock hard jeans really don’t allow it to go anywhere.  The jacket itself is hauntingly reminiscent of a “Member’s Only” jacket and I wonder if that was done purposely.

Not a bad sculpt and paint job. The likeness could have used Marvel’s new “digital imaging” technology, but this figure just turns up to be very plain…and a little bland. 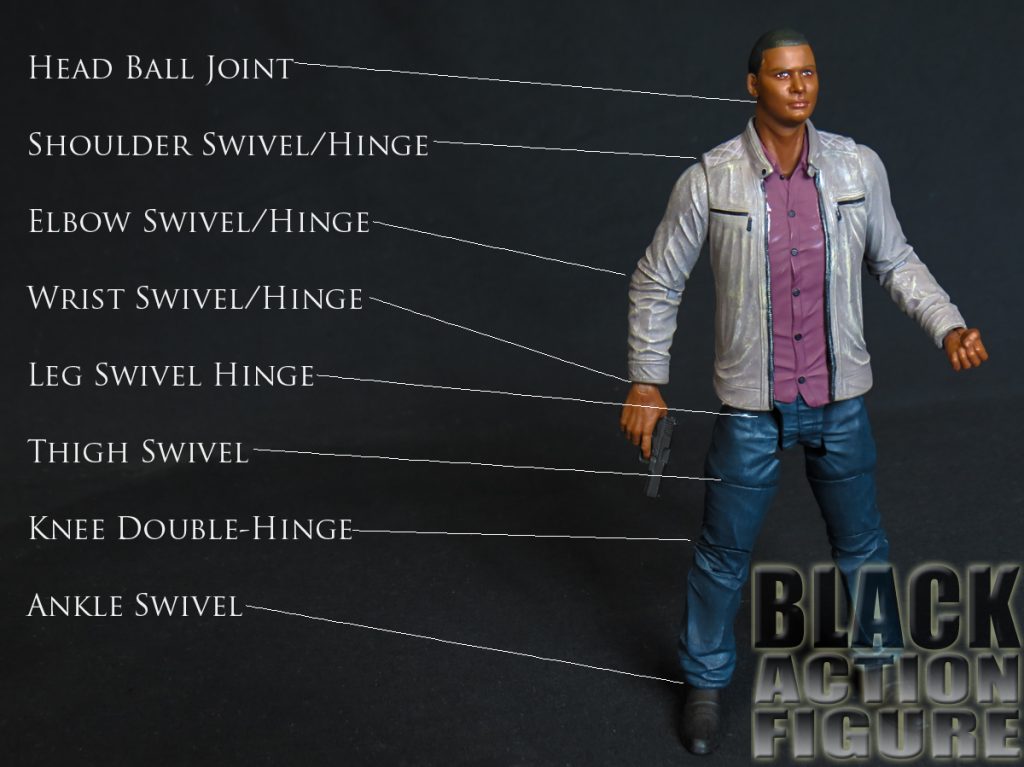 Google “John Diggle” and take a look at the Image tab…you’ll probably see John Diggle doing some cool action pose like holding his weapon, or his arms crossed across his body listening intently to Oliver as they devise a plan. Can we do any of those poses with this figure? Not bloody likely.

Besides the figure’s lackluster maybe-25 points of articulation, you will still undeniably not feel like it. The sculpted jacket hinders basic elbow bends and the sculpted jeans blocks basic ankle rotation and bends. The knees are double-hinged, which may sound nice, until you realized that there is no feasible way for this figure to use double-hinged knees. It doesn’t even sit down normally because articulation is blocked by the bottom of the sculpted jacket.

Whoever sculpted this figure took none of this into account and left the collector with a lifeless hunk of plastic that will get lost somewhere between the 8 Samuel Jackson figures. I wish and hope that DC Collectibles really get to redo this figure again…it needs a major redo. 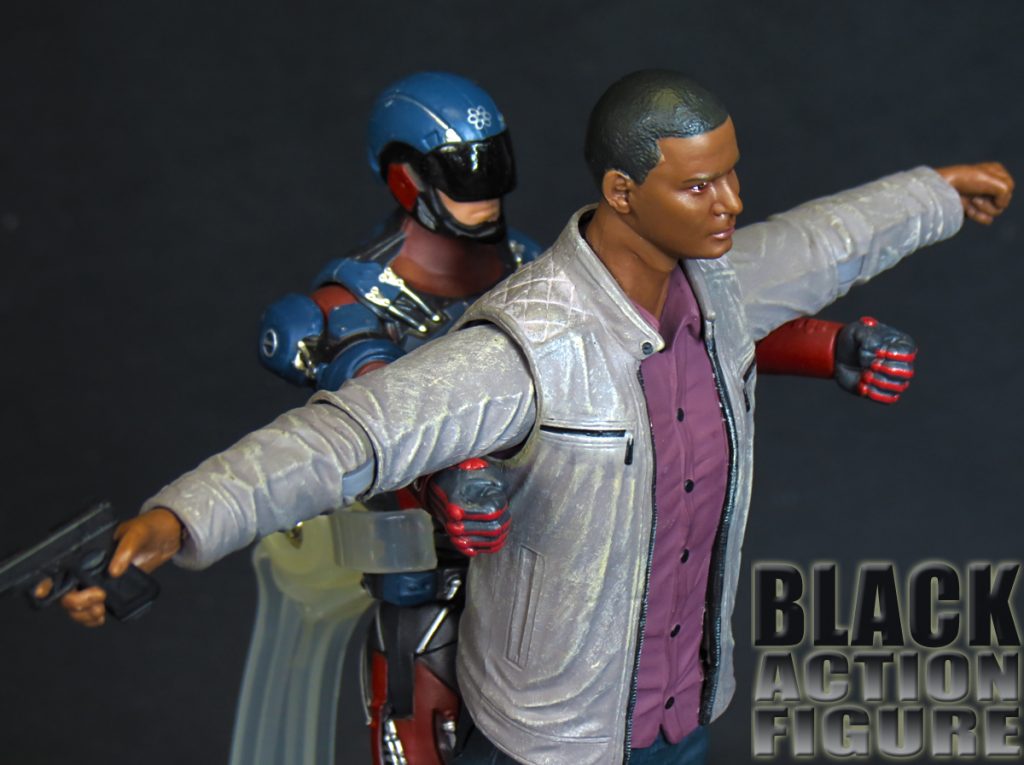 I could care less about this figure.  How can you tell I care less? I took a pretty pointless picture of the TV Atom holding John Diggle as he flies off to reaches unknown…yes, in my way making this figure look foolish. Cause I could seriously not give a….

This really looks like a scene out of Titanic…and still I could not find a crap to give.

It’s sad that the only thing that saved the score on this figure was the packaging, and that’s more because I gave similar packaging the same grade.

I really hate that I wanted so much to like this figure that the reality sorely disappointed me and what we get is truly not what we deserved. Arrow is reaching that point where it is possible that it will no longer be significant. Shouldn’t we as fans have some decent figures to properly celebrate these characters?!

Seriously, I’m going to have to go back to the Marvel Legends figures just to get this bad taste out of my mouth…