Well, we’ve made it through another year (and already two weeks plus into the new year). Lots of releases, lots of figures I didn’t get a chance to review. However, before I do my 2017 Figure of the Year, someone suggested if I could go over what was released this year. While this list is by no means complete, it is a good indicator of all the goodness that 2017 has had and of the goodness yet to come…

Let’s start with the big one out the gate…HASBRO!

Hasbro ended 2016 with a Doctor Strange movie wave that included movie Karl Mordo and a great comic book version of Brother Voodoo. I thought that would hold me for a while and it would have to as Hasbro released wave after wave with little focus on peoples of color. We get some notables like Ms. Marvel (Kamala Khan), a great classic Sunfire, and the New Mutant, Warlock (I’ll allow it, even though he’s technically an alien…), but we really don’t see anything until the summer with the release of the Spider-Man: Homecoming wave where we get our first Marvel Legends appearance of comics-based Tombstone. 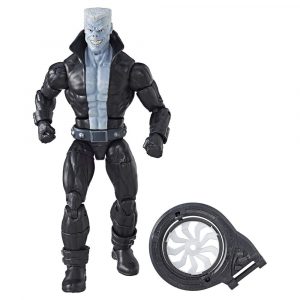 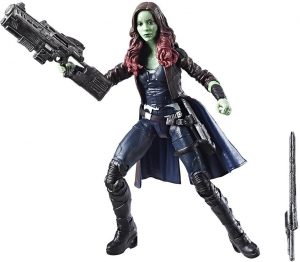 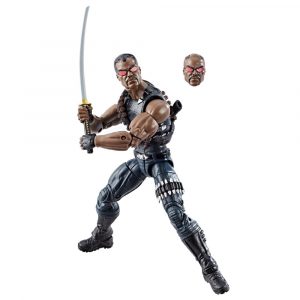 The second wave of the Guardians of the Galaxy 2 movie figures brings an updated Gamora in July. We also get a Monica Rambeau/Photon action figure in a Toys R Us Exclusive Marvel Legends set. 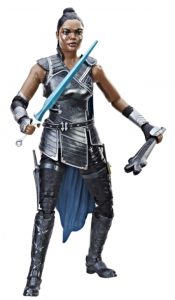 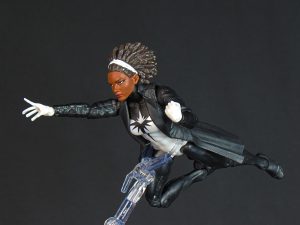 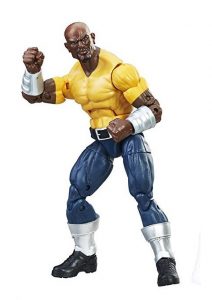 In August, we get a “Marvel Knights” wave featuring some of Marvel’s Netflix series characters…but noticeably missing is a Marvel Netflix Luke Cage (although we get Jessica Jones, Punisher, Daredevil, and Elektra). As a compromise, Hasbro included a comics-based Blade figure in the wave. A great addition, but a little underwhelming. August also saw the release of the “Thor: Ragnarok” figures which included a Tessa Thompson Valkyrie in a Target exclusive two pack.

To close out the year, December saw the release of a comic-based Luke Cage in an Amazon Exclusive Defenders four pack. While this is another great addition, it is also a repainted version of the Luke Cage from the 2013 SDCC Thunderbolts set.

While some may be wondering why I left off the supremely awesome Black Panther movie wave of figures, it’s because the official release date for those figures were January 2018, and I received my set on January 2, even though some started to receive these in late December. So those will go on next year’s list.

Was this year a little lacking? A little…but Hasbro is set to make up for it…expect at least double this number by the end of the year… 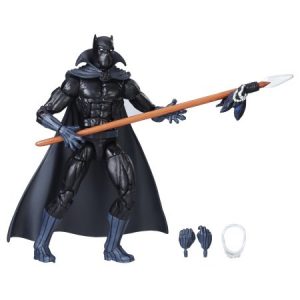 ADDENDUM: Thanks to Facebook Fan, Kevin, for pointing out that I forgot the Walmart Exclusive Black Panther figure. This figure is a repaint of the Black Panther figure from the 2013 Rocket Raccoon wave. Give it a different color, add on some accessories, and presto, you have a figure that you can sell at a premium to try and capture that Black Panther popularity that’s been building up since “Captain America: Civil War”. The figure is still available now on Walmart.com (at an additional $5 markup for a total of $29.99 +tax). I’m not sure about your area Wal-Marts, but mine never received a local shipment, so I’m almost going to guess that this was online only. I still have the one I purchased sitting on my table ready to review…maybe I’ll review it before I get to the movie figures…

Hasbro has seriously slowed down on their Star Wars Black series of figures even though they have a long list of wanted figures left (at this point, we may never see Mace Windu). This year did have two notable figures. 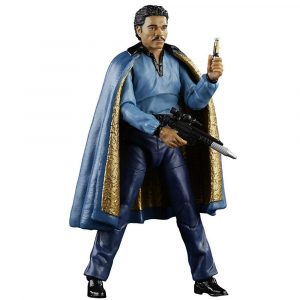 First and foremost is a Lando Calrissian figure. I don’t know how the 6″ series went so long without a Lando Calrissian. He’s a major character from both “Empire Strikes Back” and “Return of the Jedi”…we should have seen him way before now. We got him now and I’m satisfied…until we can get that Lando in guard disguise….then I’ll be happy….until we can get that General Lando figure. Then I’ll be happy. Maybe. 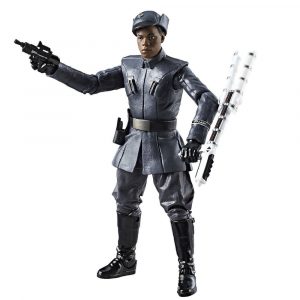 “The Last Jedi” brings us another Finn figure….but at least this one won’t be like the one from “The Force Awakens”…clogging up every peg in the store. This time out he is in a First Order Officer disguise…and comes with a stun blade he can use to smack Phasma around. I haven’t reviewed this one yet, but look forward to doing so!