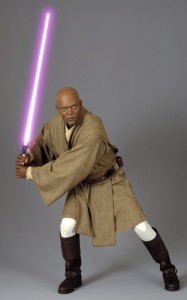 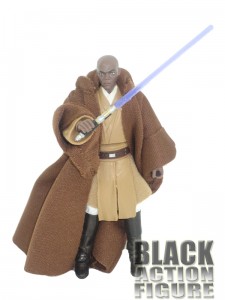 So here I am bringing my Samuel L. Jackson month to a close.  Coming in last is Sam Jackson as Mace Windu from the Star Wars universe.  This character was second in command to Yoda on the Jedi Council so you know he’s a badass.  Then again, it’s freakin’ Samuel L. Jackson, so you already know he’s a badass.  He’s pretty much Shaft with a light saber.

Speaking of lightsaber’s, I found out why Mace gets a purple one.  The story is that Sam asked George Lucas if his lightsaber could be purple since purple is not only his favorite color, but would stand out among the sea of green, blue and red lightsabers.  So George granted his wish and the Star Wars story tellers fashioned a tale around how he obtained the rare purple crystal that is the main component in his weapon.  In a way, this is a little pretentious but also pretty awesome and a smart move.  Can’t hate on him for that. 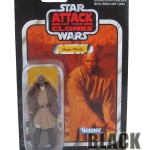 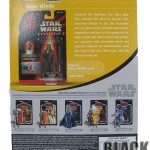 Packaging
The packaging is pretty much standard Star Wars.  This line comes part of the “Vintage” collection, complete with the “Kenner” logo stamped on the front (which Hasbro owns the rights to).  This is to mimic the packaging that came with the figures of the 70’s and the 80’s.  It also gives retailers an excuse to charge $1-$2 more.

The back of the package shows how the figure originally looked when the original figure was made.  In this case, the figure was originally made in the late 90’s to correspond with the second trilogy.  Looking back, I thought they made a pretty decent figure back then until I opened this new one.  Then I realized that the original figure looked like the down syndrome version of the new one.  Not to digress, but what the hell was Hasbro thinking over 10 years ago?  More on that in ‘Accessories’…
Score:  7.0/10.0 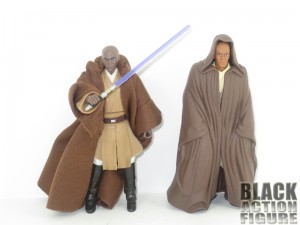 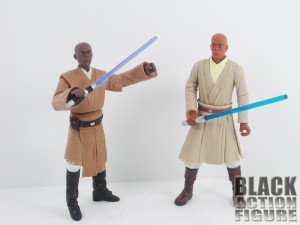 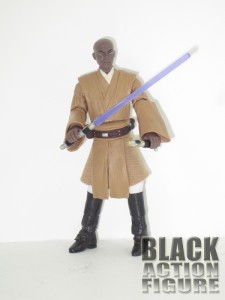 Accessories
The accessories that came with this figure is outstanding.  Mace Windu comes with not one but two versions of his lightsaber – both on and off.  Hasbro over the years has played with various ways of handling the lightsaber and to me, this is the best idea yet.  Both versions are movie accurate, and unlike the first Mace Windu, it is also color accurate (purple instead of blue).  To be fair, this character has been written in stories with owning both a purple AND a blue lightsaber, but only the purple one truly feels right.

This figure also comes with a cloth robe.  That was one of the main distinctions between the original and the new action figure.  Whoever thought that the plastic-molded robes would work on the figures should have been dragged out into the street and whipped with plastic lightsabers.  Apparently they were because someone came up with the genius idea of using cloth accessories and it works a whole lot better.  The only thing that would have made this figure better is a stand.
Score: 9.0/10

If I’m being picky at all, the only things that would make this figure better is double jointed knees and ball jointed ankles for some real battle action shots.
Score:  9.0/10

So all in all, a pretty great action figure.  This is not the most dead on likeness of Samuel L. Jackson, but I think it is pretty close to what we can get on a 3.75″ figure.  His robe and lightsabers are really what draws me in and his articulation allows me to pose him in or out of the robe, unlike the figure’s predecessor.  The small drawbacks subtract from the score including missing figure stand and some less than noticeable missing articulation.  But the new sculpt definitely captures Sam Jackson’s likeness and this figure delivers with pretty much everything. 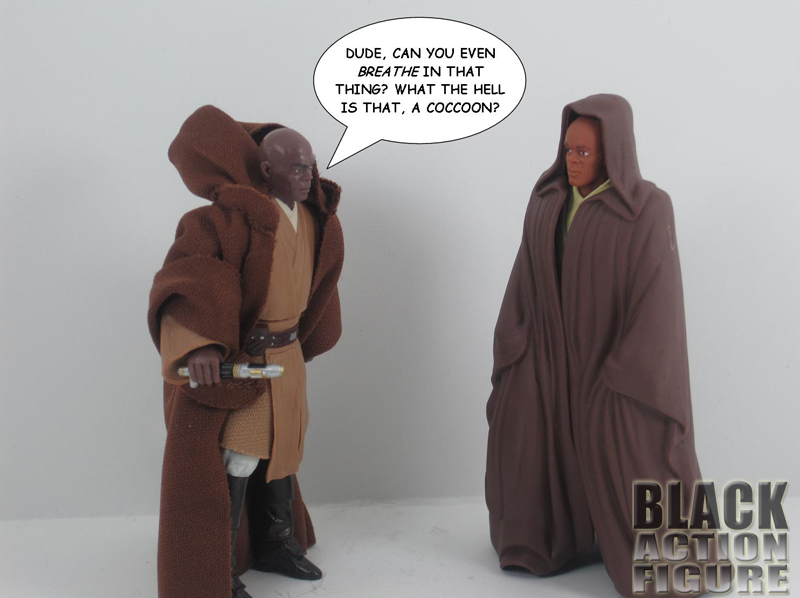 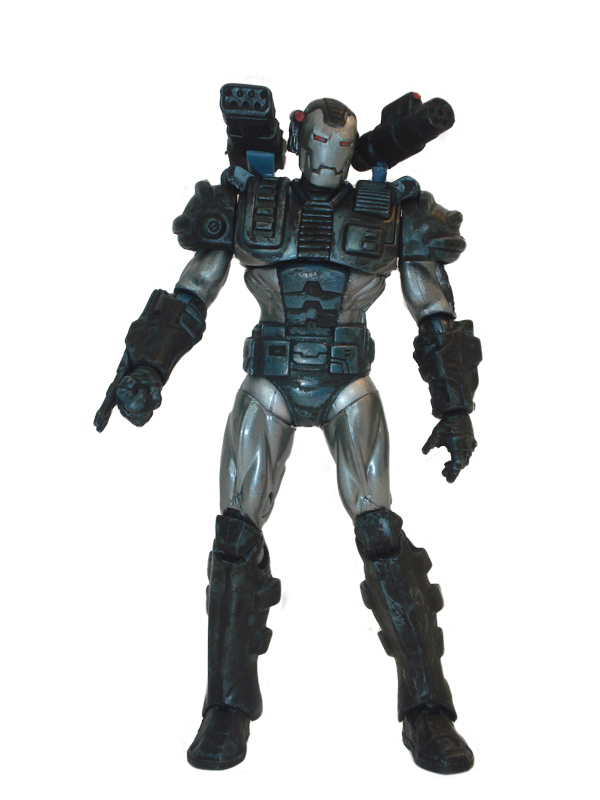