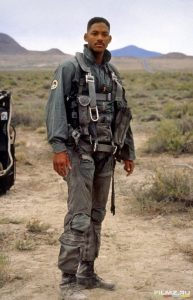 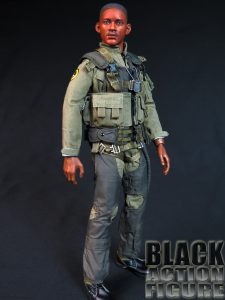 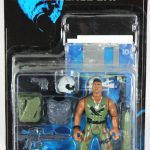 The search continues as I further my quest to find a good action figure representation of Will Smith. This time around, we have Captain Steven Hiller as portrayed by Will Smith in the 1996 classic, Independence Day. Over twenty years later and I really hope we have progressed from the crap they tried to sell to us back then (seen over to the right).

This time, Action Toys not only brings us a Will Smith figure from a twenty year old movie, but it is also fully licensed! That means someone had to sign off on how the figure looks in order for the company to use the “official” stamp of movie approval. But does being officially licensed mean that the figure is better than unlicensed offerings like the “Survivor” from my last review? I hate to sound mean, but they aren’t Hot Toys. We all know Hot Toys is the top of the line for licensed, high-quality likeness. So how does Action Toys rate? Let’s check out the review… 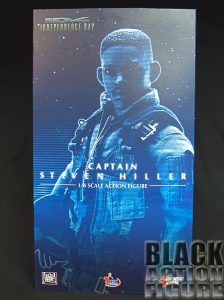 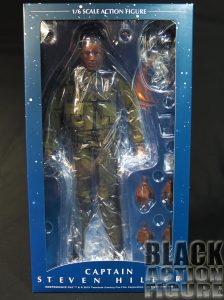 Since this is a licensed product, it seems that Action Toys took a little time to make sure the presentation was unique.

On the front of the slip cover to the box, we have what looks to be an almost holographic image of the figure, along with all of the branding you would expect from the licensing. To note, I did not include the back of the slip cover…trust me, not very exciting. But a good start nonetheless.

Once the slipcover comes off, we get a box with a picture window allowing us our first glimpse at the figure and accessories inside. It’s funny how I just gave a rant about the joys of foam packaging in my last review and here we are back to the plastic clamshell type packaging.

Nothing too extraordinary, but the total package itself feels like it’s off to a good start, and this packaging will be easier to keep, especially with any accessories that I don’t plan on using. 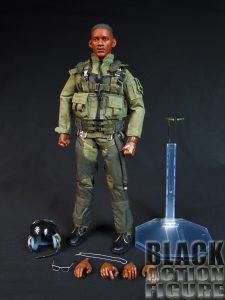 Here’s where the joy starts to falter for me. This figure comes with a flight helmet, a pair of sunglasses (which has me wondering if this a standard for Will Smith figures), two extra pairs of hands, a set of dog tags, and a figure stand. And…wait, hold on, let me check the packaging….no weapon? Really?

So you’re telling me that we have a “military” action figure that comes with no weapon? Dammit, one of the hands is actually a trigger-pulling hand, but you have included nothing to go in it? What a huge misstep this is for any company to not include a weapon with this type of figure.

While I’m on a rant, let me speak about the helmet. Why the hell would you include a helmet that does not even fit on the figure’s head? Yes, the figure can look good holding the helmet, but why not have him wearing it? Why was this thought process not taken into account?

The sunglasses: yes, the sunglasses are technically correct, but maybe they should be made with a metal frame instead of a silver painted one.

The dog tags are a nice touch. The flight suit is acceptable. The interchangeable hands are very easy to take off and put on. Other than that, I am slowly getting bothered by the deficiencies of this figure. 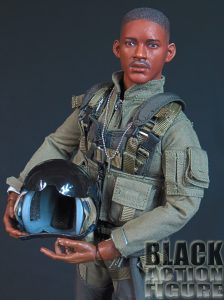 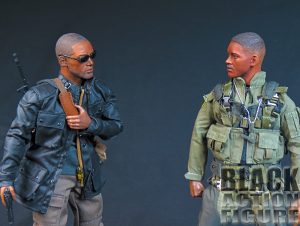 Much like my other review, this figure is technically Will Smith, but there are times that I look at this figure and don’t see the resemblance. Then I will switch the angle and see it.

When comparing it to my other Will Smith figure, I got a little chill at how much the figures look like each other, but you can clearly see the age in the other Will’s face…like 10+ years of hard living has caught up with him.

The flight suit on the figure is not a direct match for Will Smith wore in Independence Day. There are similarities, but a lot of details has been missed.

So the generic likeness is there, but a lackluster effort on the flight suit and skin tone discrepancies hurt the overall score in this category. 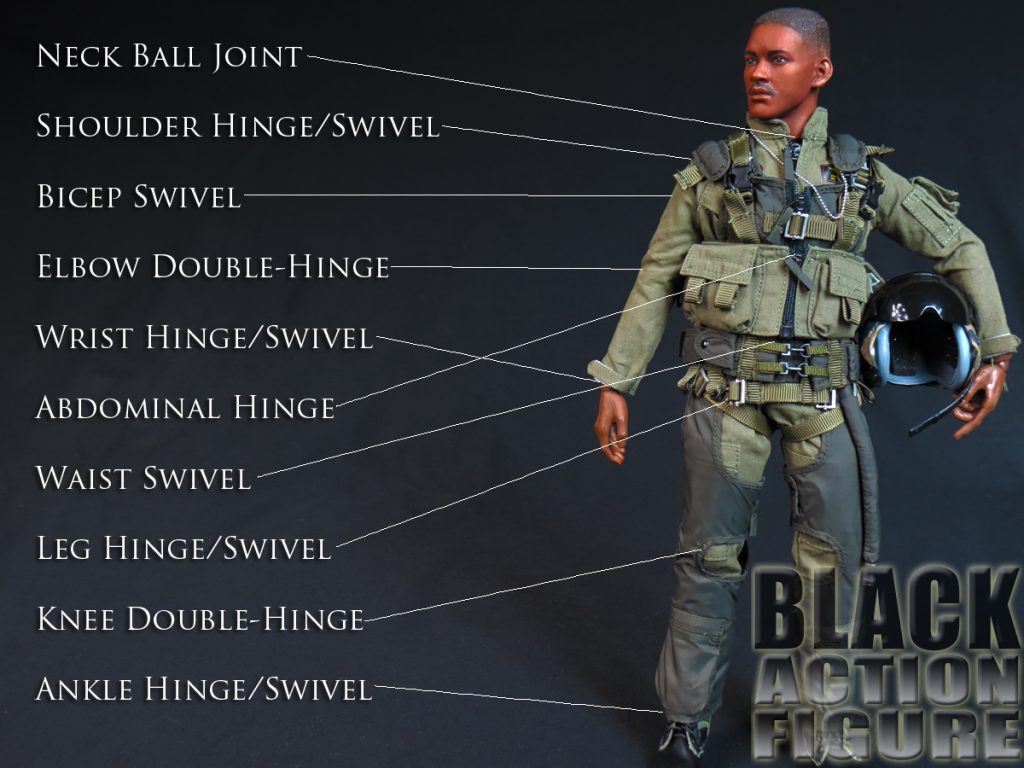 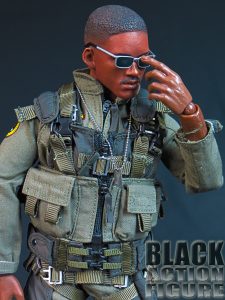 This figure has about 30 points of articulation. While this is a really good number, a lot of the articulation is hindered by the flight suit.

In all actuality, I really had no reason to articulate the figure. The helmet doesn’t go on his head, so I can’t act like the figure is putting it on. There is no weapon to pose with (although I’m sure I have an extra somewhere). It doesn’t come with a cigar that he can smoke on like he did in the movie. Yep, pretty much no reason to pose this figure.

So yes, great, it has a lot of articulation. But what the hell am I doing with it? 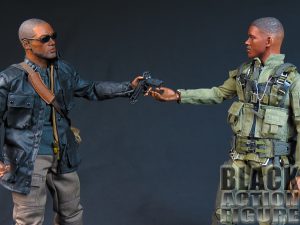 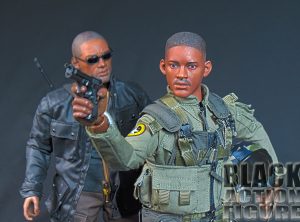 I don’t know why, but I was sure that this figure would impress me over the others…and instead it was a huge letdown. I can’t believe (well I can, but let’s say I can’t) that a licensed figure is so disappointing.

I say this because a licensed Hot Toys figure has yet to let me down. Even if the character is crappy (see “Lawrence Fishburne” in Predators), I have been impressed with the action figure itself.

I think what I need to do is scrounge up some extra weapons from my other figures. This Will Smith figure ain’t going out like Willie Lump Lump. I’m going to turn this one into the freakin’ Punisher and show Roland Emmerich how “Independence Day: Resurgence” should have really played out.