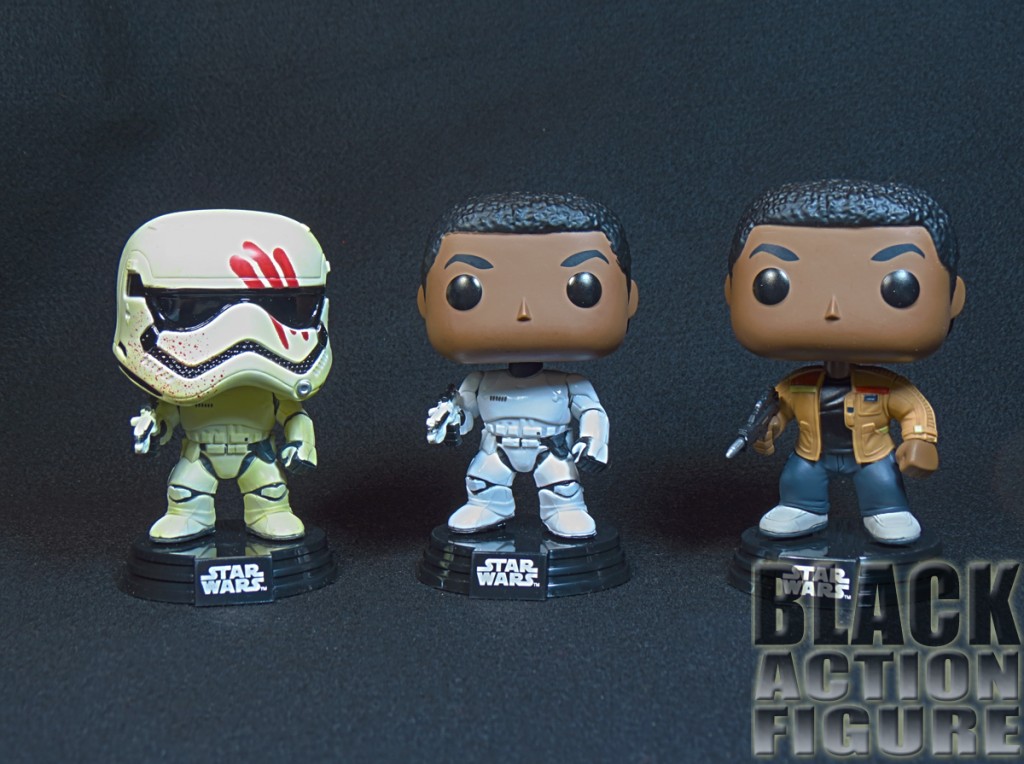 Since I know it’s been a while since I’ve posted a Funko Pop! of the Week, I figure I can fit three in one post!

Star Wars: The Force Awakens has been available on DVD for a week now, and I figure it’s time to give the Finn Pops some love since as of the last couple of weeks there are now three different versions of the character. The first is the figure on the far right, the Finn we are very familiar with. Armed with his borrowed laser pistol and his borrowed jacket from Poe, this Funko Pop! was of course found everywhere Funko Pops! were sold…including Target, Walmart, Walgreens, Amazon, gas stations, RayRay’s down the street…you know, everywhere.

The Finn in the stormtrooper outfit and helmetless (seen in the middle) was a Gamestop Exclusive. Funny story on purchasing him…I was at Wizard World last year and I was eyeing this Pop! at a vendor’s table, when something told me to set it down and check the table next door…which was run by Gamestop. I got the Pop at regular price (which was $5 cheaper than what the first vendor wanted) and it was in a better box.

The last Pop!, the FN-2187 version of Finn, is a Target exclusive. I was lucky enough to be at the store when they were putting it out on the shelf. I went back the next day and they were gone, so I hope you were able to get one as well. Love the blood splatter on the right side along with the bloody finger smear across the figures face. 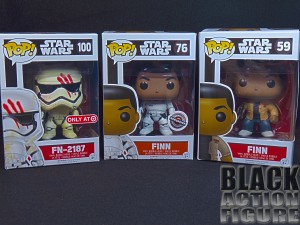 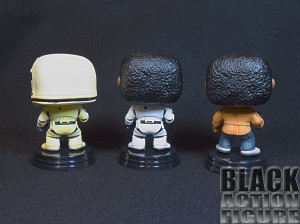