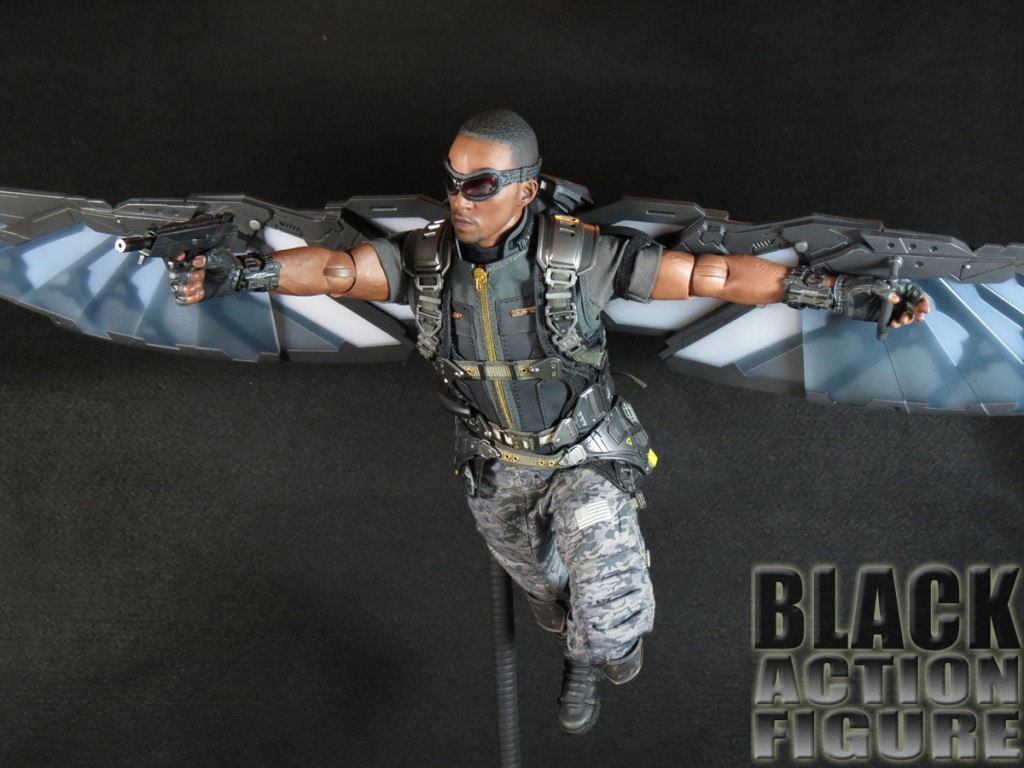 I didn’t review as much last year as I wanted to, but my favorite figure of the year was the Hot Toys Falcon from Captain America: The Winter Soldier. And it is because of a few reasons (see the original review here):

But none of that matters because I have my Hot Toy. If you didn’t get a chance to get this one, a repainted and possibly slightly retooled Hot Toys “Civil War” Falcon will be coming sometime later this year or early next year, although personally, I’ll probably skip that one and focus on getting the Hot Toys Black Panther.

The packaging was a snooze fest which is surprising from Hot Toys, but just about everything else with this figure makes it my 2015 Black Action Figure of the Year!