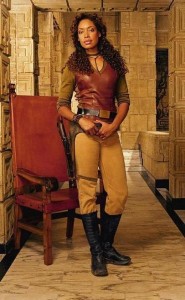 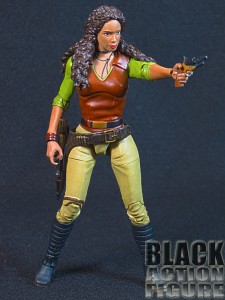 I have to admit…I was late on the Firefly bandwagon. Again I admit that I enjoyed Buffy the Vampire Slayer and its spinoff series Angel, so in my mind Joss Whedon put out some decent stuff. But when I saw Firefly, I originally wasn’t feeling it. I wasn’t getting the “space cowboy” feel and gave up on it after watching part of one episode.

After Firefly got some notoriety for being a pretty good show that was cancelled too soon and after the Serenity movie came out, I thought it was time to check it out. This was after I accepted the whole “space cowboy” notion (thank you Cowboy Bebop) so of course I had to give it a second chance. I finished the first episode and did not stop until I finished the series.

Now if you ask me which episode I liked, I couldn’t tell you because now it has been probably a good 8 years since I’ve seen any of it. I do know that it featured two of the actresses from my baby mama wish list: Morena Baccarin and Gina Torres. Fast forward to now and Funko has seen fit to produce action figures based on a cult classic from nearly 14 years ago and one of them just happens to be Gina Torres’ character, Zoe Washburne. There was no question that I was purchasing that figure. Check out the review… 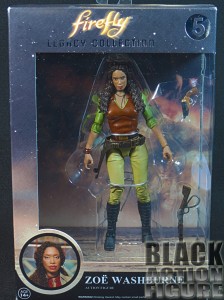 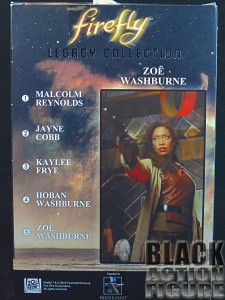 When Star Wars Black came out, everyone commented on how nice the packaging turned out. It was collector friendly (you could open it and close it back pretty easily) and it looked good displayed either face on or on the side like a book. It was pretty reminiscent of DC Collectibles recent upgrade in packaging, but more like an upgrade.

When Funko started to develop figures for their Legacy Collection line starting with their Game of Thrones line, many people commented how their packaging was almost a direct ripoff (or homage depending on who you ask) to the Star Wars Black packaging. To be honest, I didn’t care either way because I knew that it would most likely end of in the trash since I display my figures open. But people do care.

I like their packaging. It does feel like a Chinese knockoff of Star Wars Black packaging, but I do like anything that is collector friendly and displays the figure nicely when on the shelf. It has to be appealing and make the person want to pick up the figure if for any reason just to see what’s on the back.

Admittedly, the back is not too spectacular….damn it, it’s pretty generic. But it gets the point across. 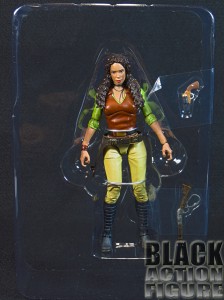 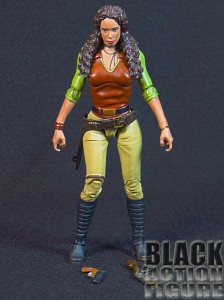 Taking the figure out of the box, you are left with the figure and accessories. What do we get? Two guns. Granted, they are accurate and pertain to this character, but look how much extra plastic space you get. There could have easily been another accessory included with this figure. Even a build-a-figure piece would have worked well in this space.

The guns themselves are okay. They take some time putting into the figure’s hands. And once they get in, it is a toss up whether they will stay or not. I did have to figure out how to make the figure hold the shotgun as it is not readily apparent. The shotgun does fit nicely and easily into the figure’s side-holster.

I will say that this line of figures generally does not retail for as much as a Star Wars Black figure or a Marvel Legends figure, but something more could have been included to entice people to purchase. Unfortunately all we get is a very anemic offering for what could have been. 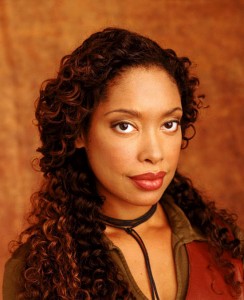 This was a category that I thought the figure was going to score low in because every picture I saw on the internet made it look horrible. Once I had it in hand, I readily changed my mind. The sculpting was nicely done by the Gentle Giant crew (who are well known for their high end statues and busts). The painting on the figure is accurate to the character’s uniform (although the sleeves are a little too bright green). Even the hair is pretty much on point.

In terms of likeness, I again did not see it when seeing pics of this figure on the internet, but having one in hand, I can definitely see the resemblance of Gina Torres the actress (seen on the right) to the figure on the left.

In terms of quality, I have to say that compared to some of the Marvel Legends or Star Wars Black figures, it’s either a close match or Funko is doing better with it. Hasbro has consistently been lazy with their quality control lately and have been producing figures with cock-eyes and sloppy paint jobs. This figure in comparison blows most of Hasbro quality issues out of the water. The eyes are straight and the paint app does not seem to be sloppy or splotchy.

Looking at the figure straight on, I can honestly say that this is an attractive sculpt. There are inaccuracies, but there usually are when dealing with figures in this scale. It’s always harder to accentuate the specific features on a 1/12 scale. 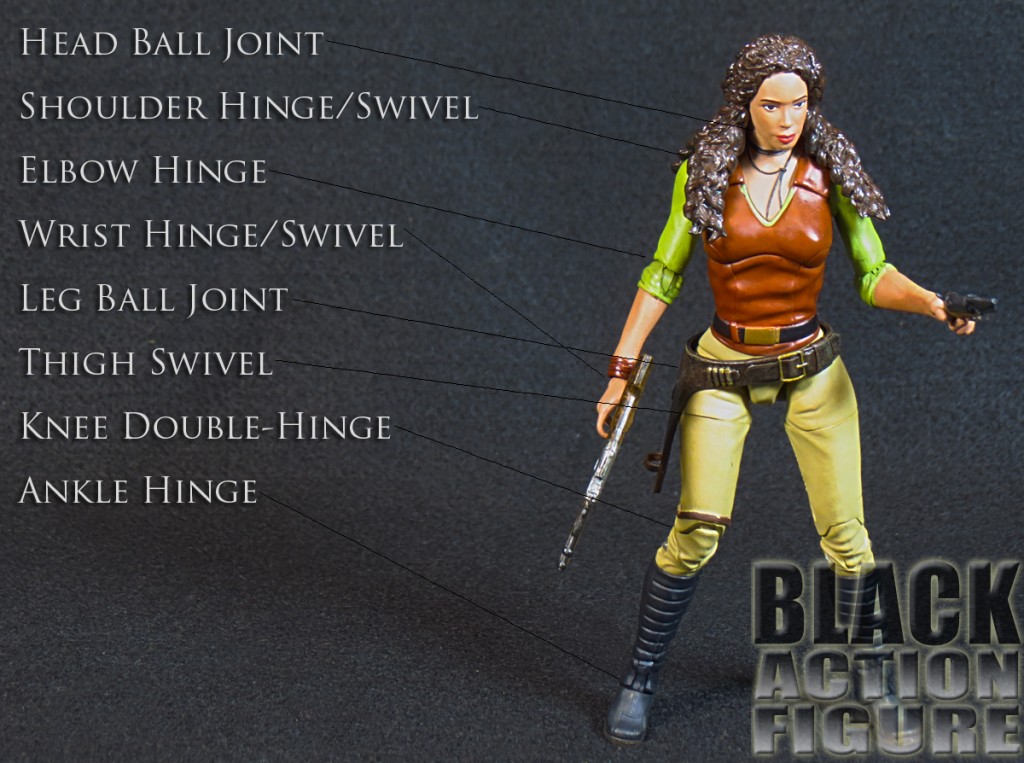 This figure has a respectable 21+ points of articulation. Of course it won’t match the articulation of a Marvel Legend or a DC Universe figure, but it can hold its own.

Surprisingly, I originally thought the head turn was limited by the hair. While it is still kind of hampered by the hair, the hair itself is a rubber-like material and can be lifted and repositioned after the head turn is made. Kudos to Funko for not making the hair out of hard plastic.

Another negative is that this figure is hard to keep standing. It literally fell over from me just looking at it. There was a lot of manipulation and patience occurring in order for me to get these photos. 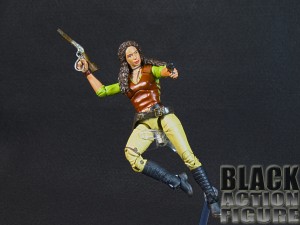 I’m not going to lie…I enjoy watching Gina Torres act. I’m mad that Lawrence Fishburne came in and swooped her away from me. (I just realized the similarities between Washburne and Fishburne).  I’ve seen almost everything she has acted in including The Matrix 2 & 3, an extended appearance on Angel, and a recurring role on The Shield.

Her short stint on Firefly and Serenity may have increased her public awareness, but I’m telling you, she can do no wrong in my eyes.

Let me just say that Funko does some pretty decent action figures. I really hope they continue to keep the quality in their Legacy Line like they do in every other line including their Pop! series. I’m not sure that Firefly is the series that will keep them in the Black (seriously, their Funko Pops! already does that for them), but I do hope that they continue to create more figures based on other popular licenses.