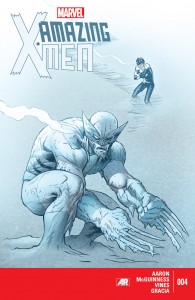 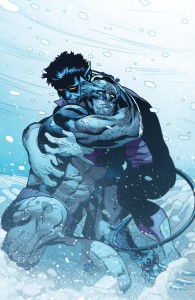 I read any X-Men comic book that has Storm in it…which usually means I read every X-Men book. But this one hit me hard. You see, Nightcrawler has been dead for the better part of 4 years in the comic books…longer for me since I’m just now getting to it. Marvel finally used this series to bring him back to life.

I’ve been reading X-Men since the early 80’s, and I’ve seen Wolverine and Nightcrawler’s friendship evolve from disgust to the deepest of kinship within each other. They were truly best friends forever, brothers to the end. It was always really a great storyline when they teamed up to take on the bad guys. When Nightcrawler died at the hands of Bastion, Wolverine was understandably hit the hardest.

So it is only proper when Nightcrawler comes back to the X-Men that he finds and embraces his brother. Great storyline to bring back a classic X-Men character. Thank God no one stays dead in the comic books… 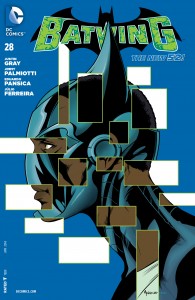 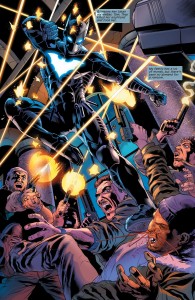 I really like Batwing and I really want to support this comic book. Even if this is technically the second character to take on the mantle of Batwing, I still like this character.

The problem is, I don’t think the writers know what they want Batwing to be. The story generally tends to be all over the place and does not have the cohesion of other Batman titles.

That plus the fact that I know that the Batwing comic book does not last past a certain point.  Makes this a hard to read book for me.

I’m still surprised though that DC Collectibles has yet to make a Batwing action figure. You would think that would be a no-brainer…an “Iron Man” – like Batman.  Almost like the first generation Batman Beyond suit. 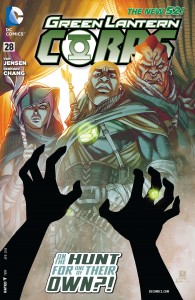 Not much to say about this one, just that I always enjoy any Green Lantern book featuring my favorite Green Lantern, John Stewart.

In this one, John leads his team on a mission to find someone.  That about it.  Not much to the story, but I still enjoy it. 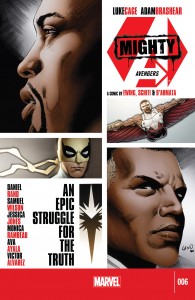 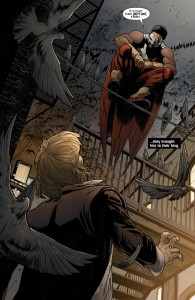 The Mighty Avengers has easily been my favorite book with my favorite cast of superheroes. Easily the “Urban” Avengers.

In this storyline, Iron Fist and She-Hulk unofficially (or officially, who knows) joins the team and we find out why White Tiger is such a badass.

Falcon is no slouch himself. He’s kind of creepy hanging out with all of those birds…

There is so much to like about this book that I’m sad that it’s only 26 pages because as soon as you get into it, it ends way too soon. With all the changes that Marvel is presently making to the universe, I wonder how this team will end up afterwards?  I guess I’ll just enjoy the ride while it lasts… 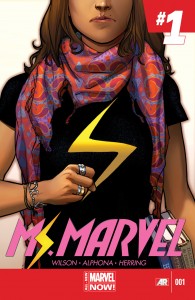 I’ll give this one an honorable mention. Kind of a slow start, but with potential.

Will continue to monitor this one’s progress. 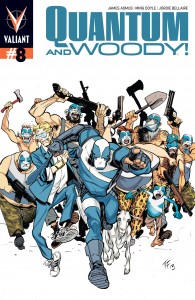 Only Quantum and Woody can lead a group of redneck militia men and women against Quantum’s old boss and his army of mercenaries. Only this book could completely go there.

I’m waiting on the Quantum and Woody and Deadpool crossover that no one is talking about….that would be epic.

One other thing to note, besides them mentioning Project Rising Spirit, which is mentioned in EVERY Valiant book, this one never seems to be part of the Valiant universe. I look forward to them doing a crossover soon. When Quantum and Woody meet Archer and Armstrong. The whole world subsequently blows up. 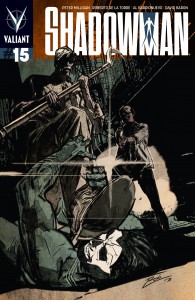 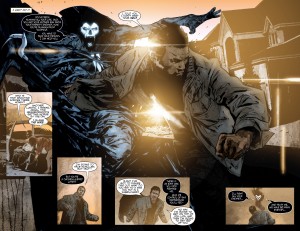 The first year of Shadowman was kind of ho hum at best. Now that there is a new creative team in the mix, the storyline does appear to be better and I’m definitely getting into it more.

I’m finally glad Shadowman’s handler has finally declared her love for him. That seemed pretty obvious to me in the first 12 issues, but it was never really explored. That fact coming out does seem a little obvious now, but still seems to progress this storyline. 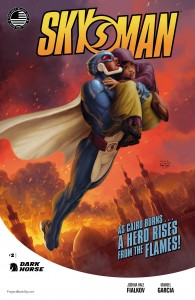 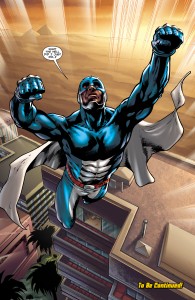 When an injured soldier gets the chance to wear a suit that enhances his abilities and allows him to fly, he jumps at the chance. But when the same government agency is using the suit to commit assassinations of political figures, Sky Man goes out of his way to right that wrong.

Okay, I’m lousy at writing summaries. This book however has started off in the right direction and I hope it only gets better down the line. Look for more info on this one soon. 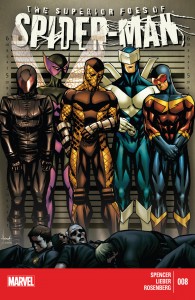 Marvel – The Superior Foes of Spider-Man #008

This book is better than it really should be. I guess it’s because they humanize the criminals and almost justifies their actions as criminal and super-villains. But it also highlights how insane being a super-villain really is even in the Marvel universe.

Two reasons I chose this book to feature:

A pretty funny book complete with blackmail, romance, intrigue, and just plain stupidity. And by the end of this month, we’ll have 3 of the 5 “Superior Foes” in action figure form.