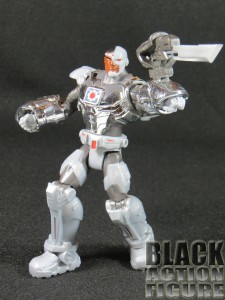 Once again its time to continue ‘Total Heroes’ week. Alright, who the hell am I fooling? I update so infrequently this might turn into ‘Total Heroes Month’…we might lead this thing right into the new year. I promise I’ll be done by then.  I might even do an annual wrap-up post.

But I digress. Next up, Total Heroes Ultra Cyborg. What makes him ‘Ultra’? He came in a big ass box with tons of accessories. And he was an exclusive. How exclusive? He was one of Mattel’s exclusive figures during this year’s San Diego Comic Con. And of course, us normal folks who couldn’t make it to the con this year (or ever) were able to scoop them up after the con on Mattel’s collectors website, mattycollector.com . But if you were like me, you forgot to check and they quickly get sold out. Luckily, I was able to get him on the secondary market (i.e., eBay) for the same cost I would have purchased him at if I got it on mattycollector.com, so in the end, it all worked out, right? No comment. 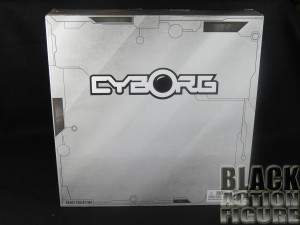 Like the Total Heroes Ultra Black Manta (reviewed here), the Total Heroes Ultra Cyborg comes in a box. But unlike the Black Manta figure, or any mattycollector figure that comes to mind, they actually dressed up the box a little bit. Instead of the plain white we normally get, we now see a Cyborg logo surrounded by what looks to be a machine-like design, or a “cyborg”-design if you will. I wish they all came with some type of nicer design to detract from all of that plain white. I’m just saying. 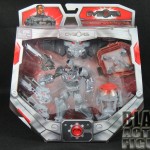 I expected the figure inside to come on the normal blister and card back packaging, but I was pleasantly surprised that Mattel pulled out all of the stops for the packaging on this figure. This figure comes in a package that can be open and closed like most of today’s modern collectibles. So if I wanted to, I could take him out, check him out, then place it back into the box and keep on stepping. Crazy concept, right? Yeah I know, other companies have been doing it for years but this is a first for a Mattel Total Heroes action figure! The window on the box also nicely lays out all of the accessories that come with the figure. 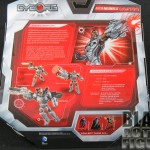 The back of the packaging is pretty fly. We get a drawn picture of Cyclops along with his bio-blurb and even his statistics. If you all notice one thing for all of the Total Heroes series, I want you to notice that sometimes the pictures of the character on the packaging almost never matches the character themselves. Not to say that’s a bad thing, but it does almost feel like two separate departments were making this happen, trying to meet in the middle, and failing horribly.

I do thank God for the pictures on the back. They do help with the accessories when trying to figure out what goes where. And we even get a little advertisement of other figures in the line (“Collect Them All…”). One thing to note here: Notice how they list Superman and Batman, but for Green Lantern they put “Hal Jordan”. I know this line features more than one Green Lantern, but it’s still okay to put “Green Lantern” to label this figure. But whatever, I’m not the Mattel exec who approved that. 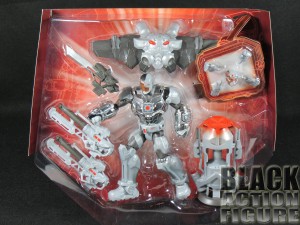 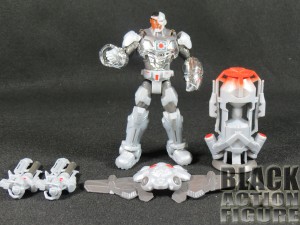 Cyborg comes with two arm-guns, a saw blade gun, an attachable jetpack, a sonic blast gun, and an extra head (for those who like their Cyborg bald) and two extra sets of hands in various positions. Now that’s what I call some accessories. I think this helps justify a steeper price because and in this case, the exclusivity of the figure. 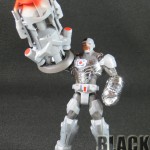 One thing I need to mention. It’s nice to have a big-ass accessory like the Sonic Blast arm attachment. Thank you Mattel. Now could you have made it at least lighter than the actual figure? Like the John Stewart Green Lantern accessory, I found this Sonic Blast weapon to be too big and cumbersome. And while I do appreciate that it provided extra accessories to an already accessory-rich Cyborg, I really wish they would have made it so you can pose with it better without the figure toppling over from the sheer weight of the attachment. That is a huge offense to the collector community, especially when it makes the figure hard to pose. 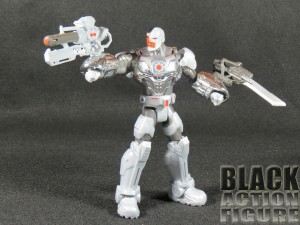 This being a stylized version of Cyborg, I really have nothing to compare him to. Even the Cyborg that was drawn on the package was drastically different from what we got in terms of a figure. Not to say that’s a bad thing.

I like the sculpt of both heads. And the body is great and appropriate. We do see the reuse of some of the parts which is a normal part of the Total Heroes line. The arms and legs are obviously the same arms and legs as Mr. Freeze and Lex Luthor. For that matter, after looking at pictures and my figures in my collection, Cyborg is almost entirely made up of the same parts as Mr. Freeze and Lex Luthor. All of this with a different head (or heads as the case may be).

What sets this entry apart from the rest of the Total Heroes line (and even the very similar Mr. Freeze and Lex Luthor figures) is the vac-metalized process done on his body armor and forearm armor. This makes the figure stand out in a see of flat-painted plastic figures. Unfortunately, they did not apply the vac-metalized process on the figure’s shoulder and legs, which would have totally been my preference but you can tell they really tried to make this figure unique.

What makes the metalized portions of the body look cheap is the sticker they placed on the center of the chest to portray the red light found on most Cyborg figures and models. Once you look at that sticker, you can’t unlook at it and it’s hard to look away or see anything else on the figure. Again, I wish they found a better way to portray that.

Compared to other Cyborg figures, I find the figure average at best. Just maybe not enough detail as other figures have. 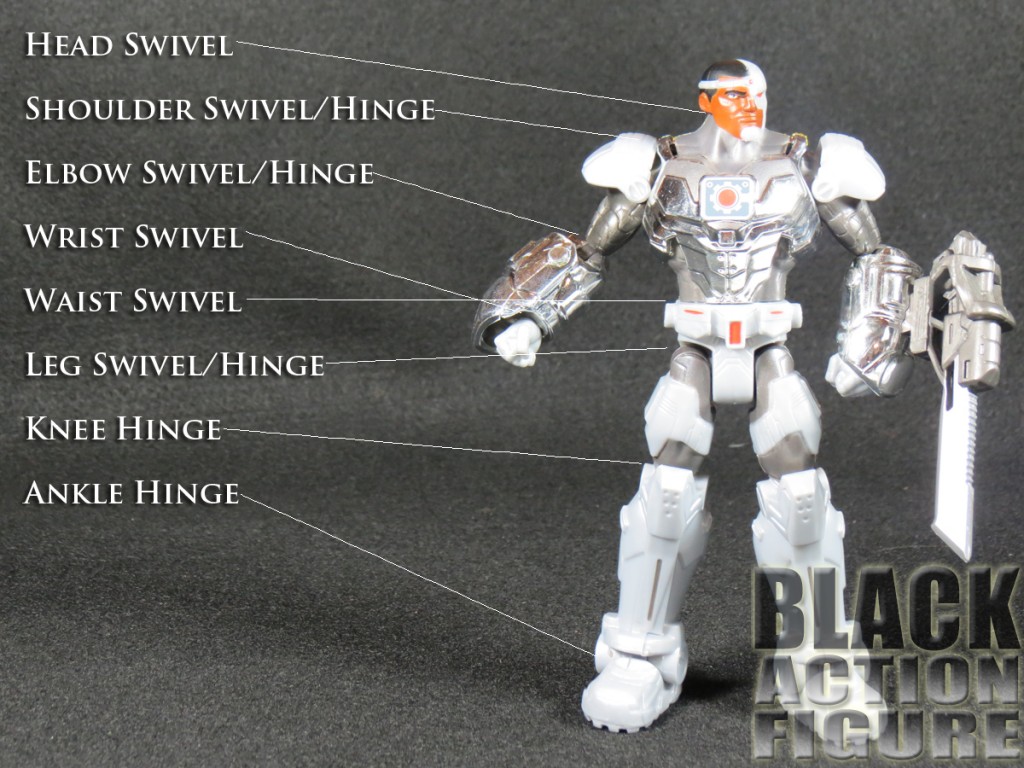 Cyborg has the normal Total Heroes articulation. The count comes in about 20+ points of articulation. Nothing to really brag about, but there is enough here to pose it in a variety of different ways or the figure is sturdy enough to stand without having to balance it too much – even with the arm weapons.

No negative here. I just wish there was some more articulation and also for the ability to look up. but these are minor gripes. 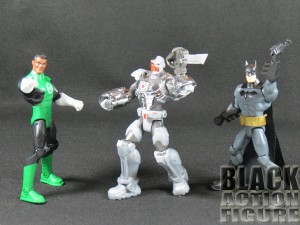 Anybody who reads this blog on any type of consistent basis knows that Cyborg is one of my favorite characters. I believe I have reviewed him at least three times already (not counting this one) AND I have another one coming up in the near future. Really, between him, Falcon, and John Stewart Green Lantern, I would really have enough blog material and action figures to reach into the new year.

Nevertheless, this version of Cyborg is really great. The accessories are great and the extra head and hands, although I did not open that part of the package and it is still sitting in the box.

I really can’t wait to continue this series. Up next will be Firestorm. (but Firestorm is White, right?) The answer to that is Well, not all of the time.

Like I mentioned earlier, I am a huge fan. I may even quickly take shots of the statue and the mini-bust which sit on my table. Until next time folks…