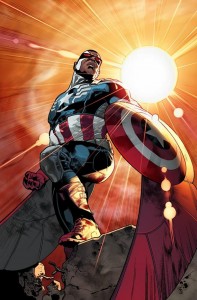 Seems like we just got over Bucky “The Winter Soldier” Barnes being the “New” Captain America in the comic books. Yes, I know it’s been a while, but why continue to shake it up? A lot of speculation about the correlation between the comic book and the movie-verse. Who knows? 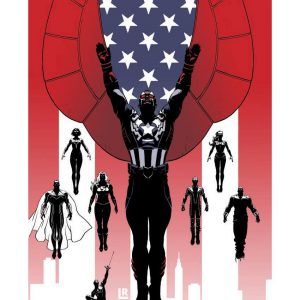 This time around, Sam “The Falcon” Wilson will be taking Captain America’s place. Steve Rogers lost his powers and blah blah blah is now an old man who will be advising Falcon and a new set of Avengers. Think Batman Beyond but in a Marvel-y type way. I have three of my favorite characters in the new Avengers book including the Blue Marvel, Luke Cage, and of course Falcon, so I’m sold.

Look for the new comic books in the next couple of months…I’ll post more info when I find out more.