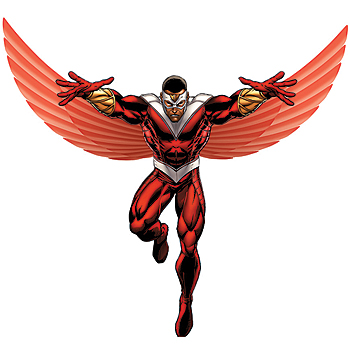 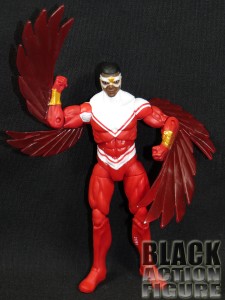 I had very mixed feelings about the new “Avengers Assemble” cartoon. On one hand, it was taking the place of one of the best series of Super Hero animated series ever, “Avengers: Earth’s Mightiest Heroes” (love the intro song that they nixed for the last season). It also places it in the same universe (“tooniverse?”) as the “Ultimate Spider-Man” animated series that I really haven’t given a chance beyond one or two episodes.

But with the “meh” comes the good…now included in the roster is Captain America partner, the high-flying Falcon. I assume they did this since he will be featured in Captain America 2 and Avengers 2 portrayed by Anthony Mackie.

The other good that came out of this is that we get a new line of figures from Hasbro. This new line of Avengers Assemble action figures border the line between cartoon-based and comic book-based, meaning that they will fit well sitting beside the rest of your Marvel Universe figures. The first wave of figures although containing a subpar Iron Man and an okay Captain America (add him to the growing pile of Captain Americas I’ve collected over the years), contains a pretty good Hulk figure, a really good Red Skull and Black Widow figure, and of course, a new version of the Falcon.  How does he compare to the previous Falcon action figure (you know, the one I talk about in my “Welcome” section)? Read on to find out… 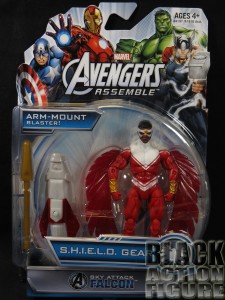 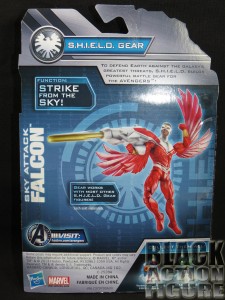 I’m pretty on the fence with the packaging. It’s neither exciting or below average. It just “is”.

Keep in mind though, the board on the packaging is actually the same board used for the “cheapo” Avengers Assemble figures…figures that have no articulation and look like they’ve been painted with only three colors by blind baboons. Don’t worry, you won’t mix these up with the more articulated figures. It’s just funny to see the unimaginative design on two completely different sets of figures.

To date, I have not seen these better figures in the stores yet, just the cheap ones. I think when the retail buyer for Walmart, Target, etc. saw the list, they thought it would be better to stock the $5.99 Avengers Assemble figures versus the $9.99. Hey, what’s the difference? The kids won’t be able to tell, right?

It kind of has the same feel as the packaging for the Avengers movie figures. I’m pretty sure that was done on purpose.

Okay, what did I really expect? Well, for one thing we should have gotten the mechanical “Redwing” he uses on the show (Redwing in the comic books is Falcon’s trusted companion pet falcon). So what did we get? Another crappy reused “kid-friendly” accessory. I put “kid-friendly” in quotes because Hasbro includes this crap to market the figures towards kids. But guess what Hasbro? It doesn’t take a focus group to see that kids could give two craps about an oh-so-obvious not-meant-for-Falcon missile launcher. You should see the box I have of this crap…Iron Man 2 and Avengers figures were the worst offenders. 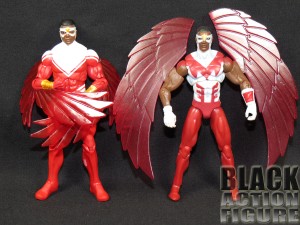 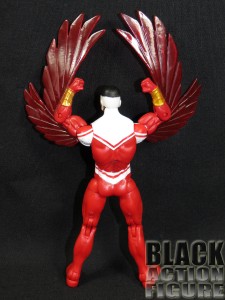 I mentioned before that Anthony Mackie will be portraying the Falcon in upcoming Marvel movies. Well guess what? I kind of think that this figure favors him somewhat. Not to be mean, but he has that same cock-eyed stare going on that Mackie gets sometimes.

As far as sculpting, the figure itself is a really good upgrade from the previous figure. He seems more muscular than the previous skinnier figure. The best part of the sculpt? The wings. The redone wings now come pre-attached to the figure…unlike the wings of the first Falcon (you look at him the wrong way and they fall off). The wings are now in two pieces allowing the figure to bend his arm at the elbows. This also brings a better balance overall to the figure.

Now when it comes to the paint, the head is pretty sloppily done. The figure looks almost cock-eyed due to the eyes being drawn like that. The emblem on his mask is also painted on sloppily. His wings are done in a translucent clear red plastic, similar to the original Marvel Universe figure, but done in a deeper red.

The Falcon action figure captures the general likeness and feel of the animated version. I just wish that he had some type of expression on his face other than crazed bewilderment. 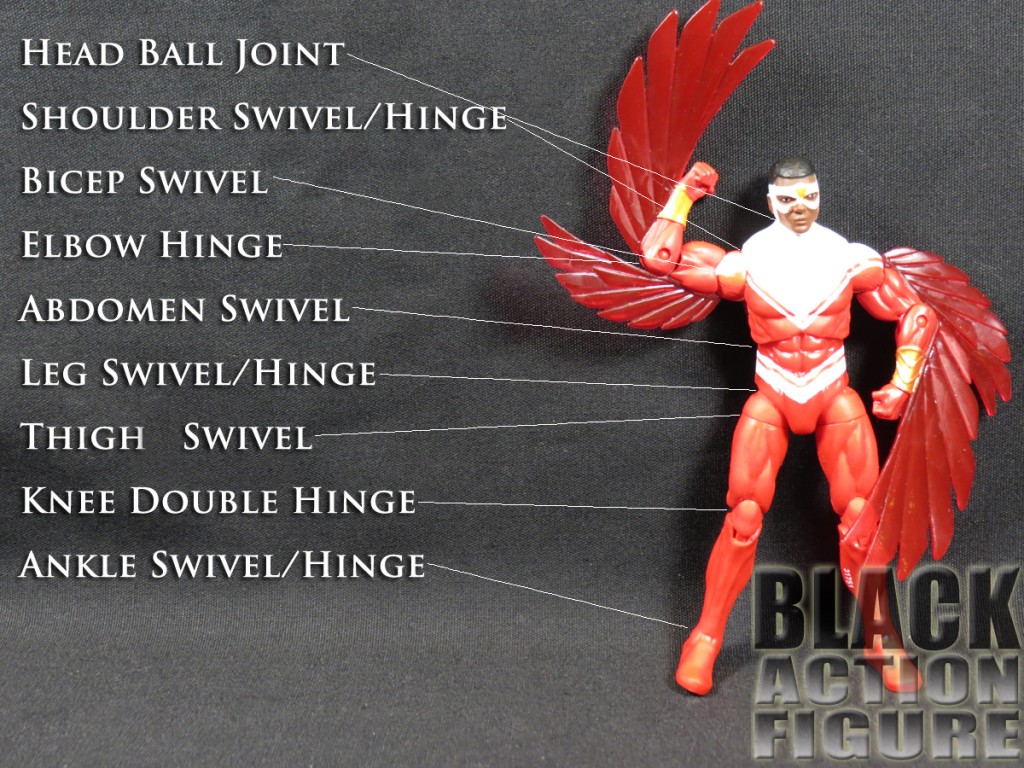 I can almost breath a sigh of relief. What seems like a whole year of Hasbro putting out crappy 5 points of articulation figures (including Iron Man 3, Wolverine, and the aforementioned cheapo Avengers Assemble), they have almost redeemed themselves. This figure has over 24+ points of articulation. I felt almost liberated when I bust this figure out of the package. Let’s keep this up, Hasbro! The only issue I have with the articulation would be the wrists…and maybe given the Falcon the ability to look up and ahead of him as if he were flying…but I guess that may be asking for too much right now. 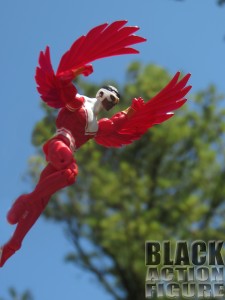 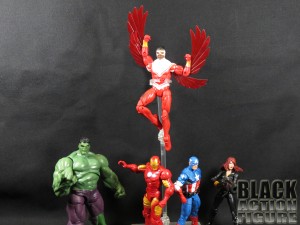 I really hope that this line continues to pump out some good figures. Luckily, we should be expecting all new figures like the Leader, a first at this scale done by Hasbro. With great articulation and great crossover look and appeal to them, these figures should easily fit in with the rest of the Marvel Universe.

Be on the lookout for the Avengers Assemble figures, but please avoid that cheapo crap that Hasbro insists on putting out. Let’s let them know that that stuff is not appreciated and definitely not wanted!

If you can find him, Falcon and the other Avengers Assemble squad are available now at local and online retailers.