Since my last review of War Machine was fresh on my mind, I thought I would take this chance to take a look at the 6″ Marvel Legends War Machine and the 7″ Marvel Select War Machine, both modeled after the Iron Man 2 version of War Machine.  These two figures both have some advantages and disadvantages compared to their 3 3/4″ brother. The Marvel Legends War Machine is actually package in the Iron Man line (with another bland picture of Iron Man on the front) and is labeled “Legends Series”, meaning that it will fit in nicely with your other Marvel Legends scaled figures.  I normally don’t visit this 6″ size too often, but he was fortunately on clearance so I gave in and picked it up.  I’m glad I did.

This figure comes with both shoulder weapon accessories and 4 extra posed hands.  When I opened the package, I couldn’t believe how awesome this action figure is.  The articulation is good and pretty basic.  He head is on a ball joint, so he can move his head left, right, up and down, unlike the 3 3/4″ figure.  One thing that will affect his overall score is the fact that he does not have articulation at the wrist or mid forearm, leaving him unable to pose with his sidearm weapons.  Other than that, this figure is a must have for both collectors and kids. The Marvel Select War Machine comes in the standard Marvel Select packaging and is marketed strictly for collectors (sorry for the crappy pic).  I don’t own many Marvel Select figures, but I think the “Select” means be very “Select”ive.  If you keep this these figures in the package, you will run out of display room very quickly.  Taking the figures out of the package makes the size more reasonable, but the 7″ Marvel Select scale can produce some big figures.  Bigger characters like The Hulk  can be as big as 10” in size. Again, some pluses and negatives with this figure.  The action figure comes with a nice display piece (of a Hammer Industries door).  This War Machine only comes with one shoulder weapon accessory as opposed to the normal two.  He does, however, come with a removable mask and underneath is a great Don Cheadle sculpt as he appeared in the movie (a better pick than Terrence Howard in my humble opinion).  The mask fits on great.

His articulation is almost the best of the three, but he seems to fail to have a ball joint at his shoulders allowing a limited range in motion for his arms.  He does, however, have both the mid-arm and head articulation which makes up for it.  An added bonus is blue paint on the bottom of his feet indicating his jets.  This War Machine figure (and ultimately most or all Marvel Select figures) is(are) definitely for the collectors for display purposes only. 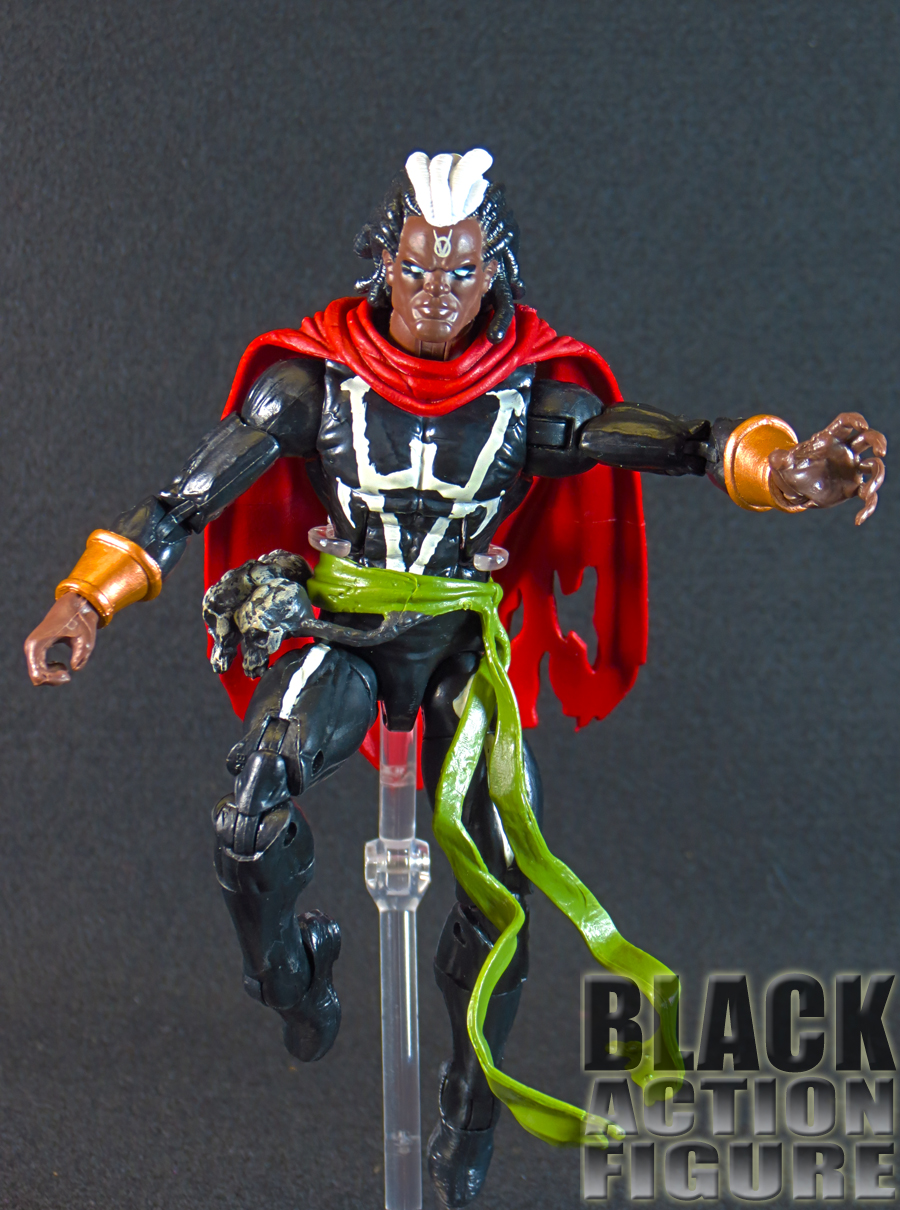