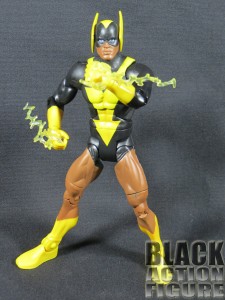 If you’re…*ahem*…as mature as I am, then you are bound to remember the Super Friends on Saturday mornings back in the late 1970s – early 1980s. How can we forget Superman, Batman and Robin, Wonder Woman, Aquaman, etc. flying around the globe beating up evil and then chilling at the Hall of Justice? I couldn’t wait for Saturday morning to come around… 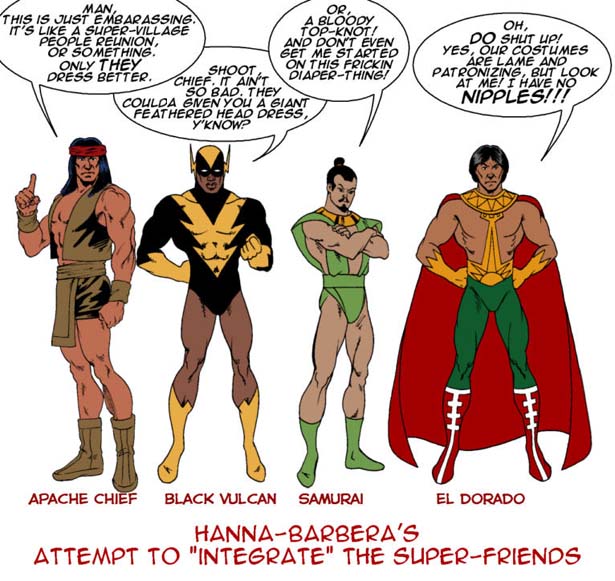 Well, the rumor was that Hanna-Barbera wanted to add some ethnicity to the show. They not only wanted to diversify the Super Friends, but their audience as well (Black kids watched it anyway…I know I did). In order to do that, Hanna-Barbera wanted to license existing colorful heroes found in DC Comic books.  Now here is where it gets sketchy. Apparently, H-B spent so much money licensing Superman, Batman, and Wonder Woman that they did not want to spend anymore money licensing existing characters — like Black Lightning, an up and coming Black DC superhero at the time. So Hanna-Barbera got creative and created their own cast of diversified superheroes: Samurai, Apache Chief, and of course, Black Vulcan.

A blind person could see that Black Vulcan was a cheap knockoff of Black Lightning. They got away with it at the time by giving him slightly different powers and not as much screen time as the big 3. But we all knew. We knew. At any rate, I still loved him and the show and he has gone on to gain notoriety in recent years in Cartoon Network’s Adult Swim spoofs.

Join us after the break to check out Mattel’s take on the Black Vulcan character. 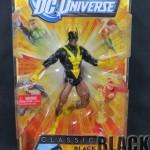 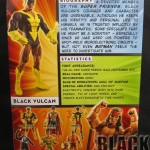 I have never been into Mattel’s packaging for their DC Universe Classics line. It always comes off as too generic to me. I hope when they reinvigorate the line, they do some new and improved packaging.

I did catch one thing though. On the back of the packaging card, we see most of the “Super Friends” and mostly how they appeared on the show. So with Black Vulcan in the middle makes the packaging oddly appropriate. I may score a little higher just for that fact alone.

Other than that, nothing spectacular. The figures name, the wave and figure number, and a generic Black Vulcan logo make up the rest of the front of the package. 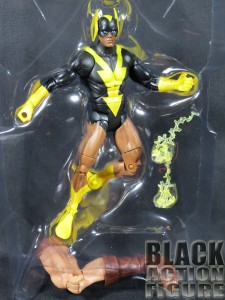 The back of the package contains the obligatory bio-blurb along with some statistics. To note, Black Vulcan’s name is “unknown” because they just didn’t get that deep into it in the show and never came back to make a name. We also see the rest of the figures in this wave (including Bronze Tiger which I reviewed here). I almost have the Collect & Connect figure almost done! Watch out for an Apache Chief review in the future.

Once the figure is free of the package, we see the accessories and the Collect & Connect figure piece. Getting him out was easy as there were no twisty ties. When buying this figure, you have to watch out for bad placement of the figures legs. If you get one where the figures left leg is in front of his right, then you may want to put it back…the placement has warped his legs and you will find it hard to make this figure stand. 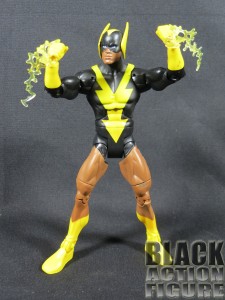 Black Vulcan comes with a couple of attachable lightning powerups, which is exactly two more than what came with each of my Black Lightning figures (classic and modern). These are attachable to his hand or wrists and look pretty cool. The stay on well enough to display with, but in doing different poses, there was a time that I was ready to throw them halfway across the room because they kept falling off. They look nice on my Black Lightning figures, but I always figured that Black Lightning’s powers produced blue or white lightning rather than yellow, so there will be no switching.

As mentioned before, we also got a C&C figure piece. Can’t complain too much on the accessories…besides the fact that they did not include a stand. I still can’t believe a stand adds so much to the production of this figure that they feel like not including them is a significant cost savings to them.  I can tell you this, it pisses the collectors off. 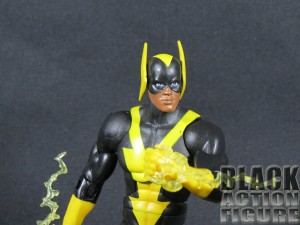 Right off the bat, I can tell you that I don’t know if I like the fact that they painted in the eyes instead of using the default superhero “white eyes”. He is drawn on the show as having white eyes, but I’ve found that Mattel sometimes enjoys painting in the eyes to some figures. I mostly think the white eyes are cooler…gives the figure a more menacing look to it. The painted in eyes make this figure look a little dopey.

I believe Mattel used the correct version of the costume. While I wish he had pants on (for some reason, all of the diverse characters in the Super Friends are half naked…go on and do a Google search, you’ll see I’m right), they did manage to get his top right. Sometimes on the show, you may see his neck area exposed, making his top into a V-neck instead of a solid piece. I prefer it this way. 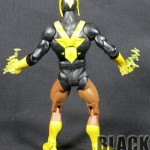 liked the fact that they continued the design onto his back. Speaking of paint apps (I was, wasn’t I?) this figure was pretty decent in that department. I hardly found any mistakes although there were some. Some of the brown of his skin was blended into the bottom of his mask for one. But all in all, a decent representation of the character on the show. 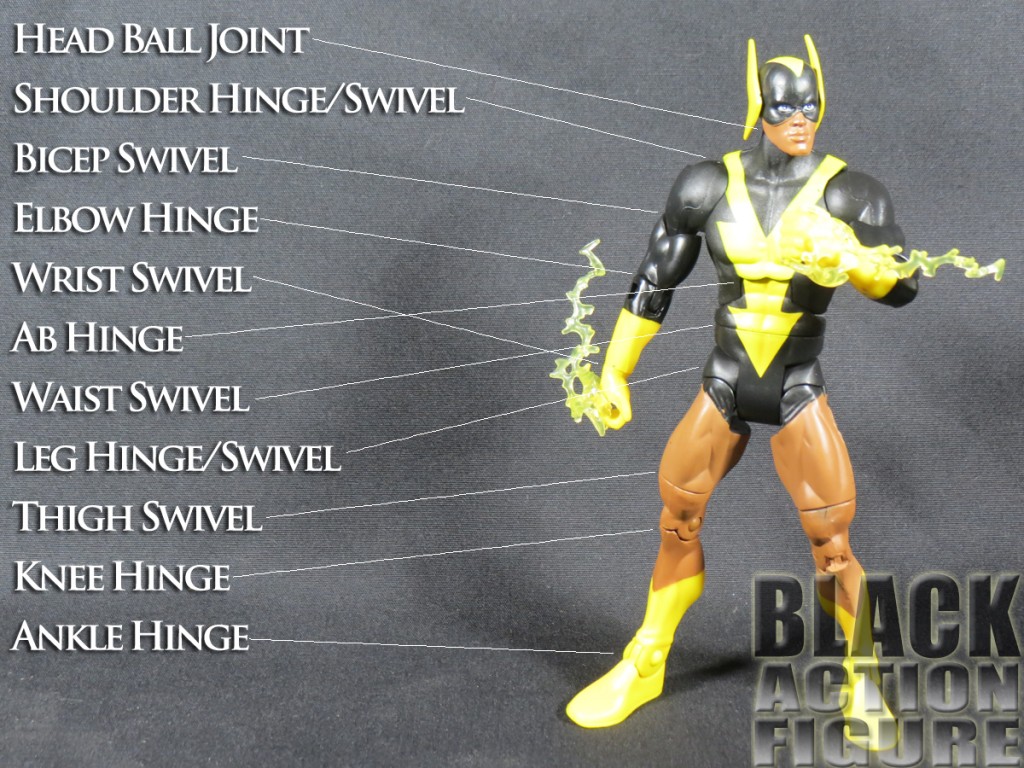 Articulation has never been a problem for a DC Universe Classics figure. Black Vulcan comes with the standard DCUC 23+ articulation points. If anything, I wonder if Mattel would change it up a little bit like Hasbro does with Marvel Legends. Maybe every now and then we can get some toe or finger articulation. But consistency is good too and with this much articulation, I find it hard to complain.

I sometimes feel very nostalgic for early Saturday mornings and their variety of cartoons. We had the Super Friends, Spider-Man and his Amazing Friends, and even a Mister T cartoon! Mattel has brought some of that feeling back with giving us an action figure that I would have killed for back in the day. With this figure, I’m one step closer in completing my Super Friends display… 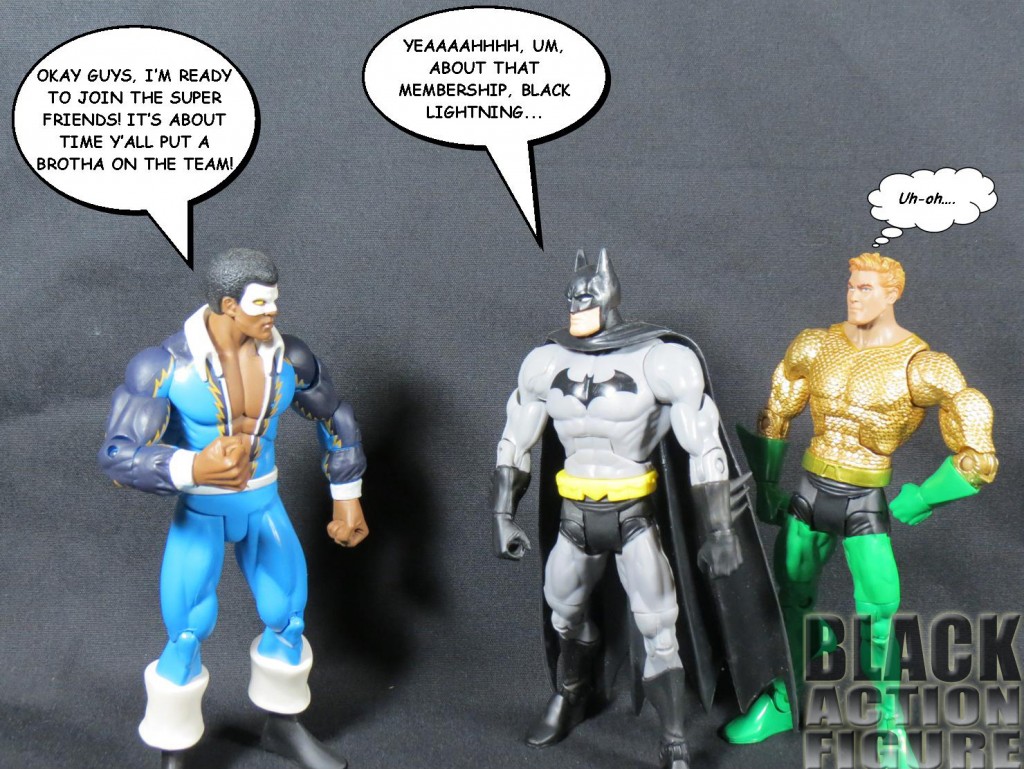 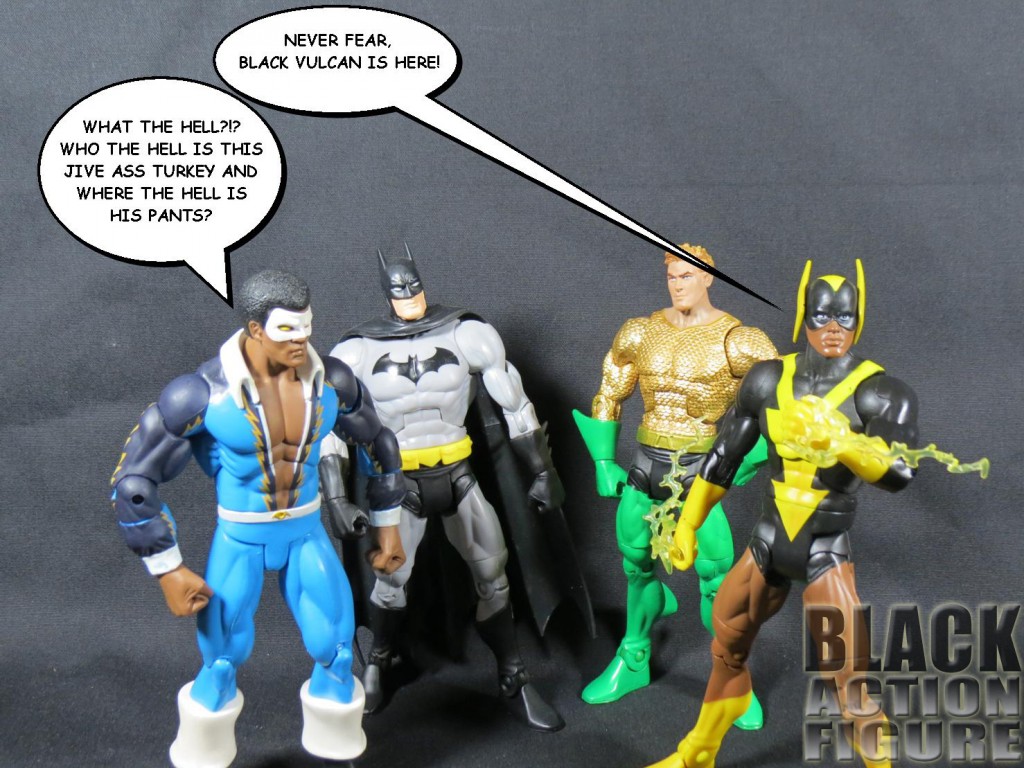 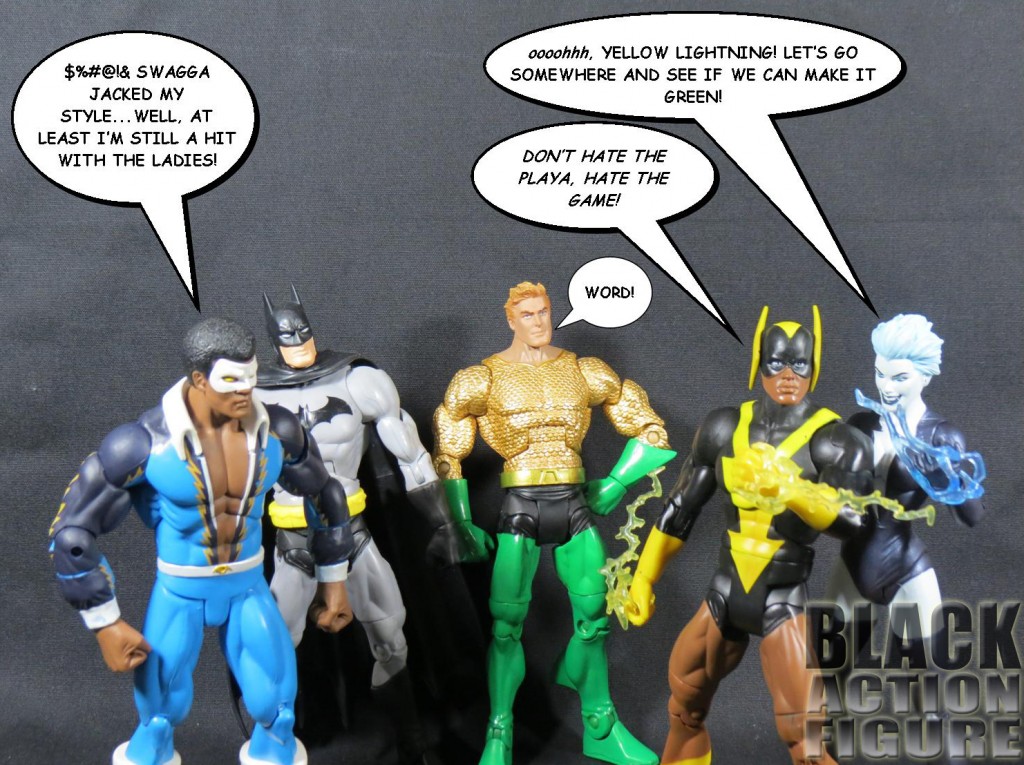