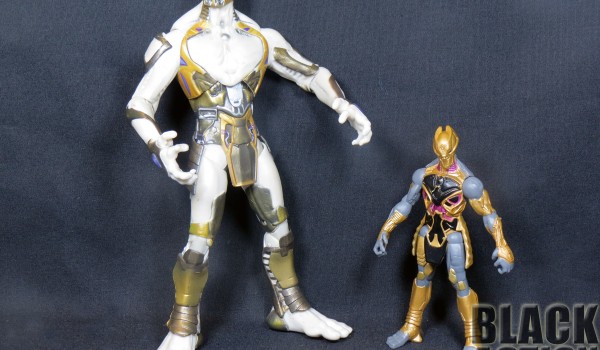 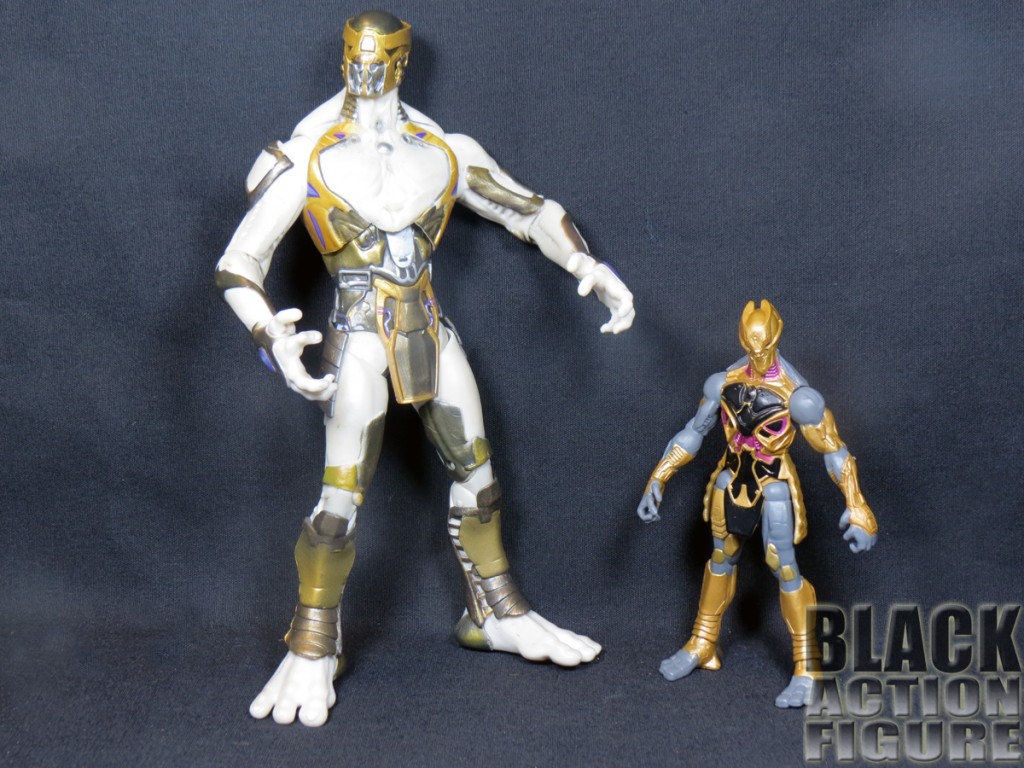 I then had to have a serious internal discussion with myself.  Would I really review this figure?  I mean, I reviewed the Skrull Soldier figure that would have played in well with the movie if they had the licensing. So sure, I should give this one a shot, right?  Well, as you may well know, and I hope I’m not spoiling it for some people, but this one is a real piece of Chit….auri.  So to even things out, I thought I would make this a double review and review the Marvel Select version as well.  This one at least has some redeeming qualities.  Check out the double review after the break… 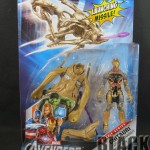 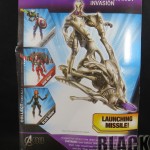 As far as the packaging, it is pretty basic. Very par for the course in terms of the Avengers’ packing scheme. I actually almost missed this figure because he was hiding behind a deluxe Avengers Iron Man and the packages look very similar. I knew I didn’t want that Iron Man, but something made me look behind it and there it was.

The front of the package actually makes the figure look more exciting than it actually turns out. More on that later. The back features the same albeit bigger picture of the Chitauri on his “cosmic chariot” and a preview of other figures, including the pseudo hard-to-find Black Widow. There’s also some little bio-blurb about the Chitauri. The whole thing comes out pretty “blah” to me. 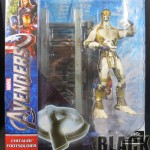 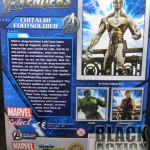 Marvel Select Chitauri
The Marvel Select packaging is pretty standard which to me is pretty good.  Diamond Select Toys tends to focus on the collector crowd, so they make their packaging for those who don’t necessarily want to take it out of the package or if they do, they want to put it back in as carefully as possible.

Even though I like the packaging, I think it tends to be over the top sometimes.  There are times when you need this much packaging, like with their Punisher figure which includes a pinball machine with a thug knocked out on top. You can justify all of that extra packaging. With this, you get…a piece of fence. Just wait until I get to the accessories section.

On the back, you get a story blurb about Loki getting kicked to the curb so he hooked up with these guys to attack Earth.  Yeah, we saw the movie, no need for the recap.  We also see the other two Avengers figures that Diamond Select felt deserved the Marvel Select treatment, Hulk and Hawkeye.  They figure you can recycle your Loki, Thor, Captain America and Iron Man from previous offerings and you would almost have a complete set (minus Black Widow and Nick Fury). 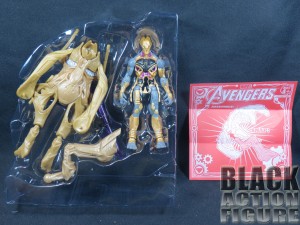 Marvel Avengers Chitauri
Being it is the deluxe version, I would hope there is an accessory in the package…and Hasbro delivers with the vehicle of choice for the Chitauri appropriately dubbed the “cosmic chariot”.   You also get a set of instructions to put it together – it’s only two pieces that snaps together, but I’m sure this may be a challenge for some people.

The cosmic chariot itself has some foot pegs for the Chitauri soldier to stand on and also has a snap in missle for the Chitauri to shoot at the Avengers. This is maybe one of the few times where it is okay to have a snap it missle for a figure. I’m surprised that Hasbro did not include a snap-in missle accessory with the Hulk figure, but wiser minds I’m sure took hold and prevented them from doing that.  Other than that, the chariot is a little awkward in execution and takes some patience putting the figure on top of it. Plus, there are no obvious hand holds on this thing so I wonder how this soldier drives it. Must be through the power of his mind…they are an advanced race. 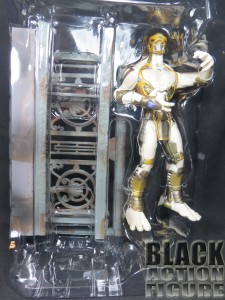 Marvel Select Chitauri
I would expect Diamond Select to be a little more generous in the accessories department. They obviously had the design of the figure before the movie was released (they previewed it in shadow) so you would think that this Chitauri figure would have some type of weapon or a more souped up version of the “cosmic chariot”. Nope, this action figure comes with a very “inaction” piece of balcony railing. What…the…hell… I’m not even going to dignify that with a response. Yes I am. Dear Diamond Select: FAIL! I’ll give you some points because I may be able to use that railing in future photo sessions. But other than that, you could have kept this. 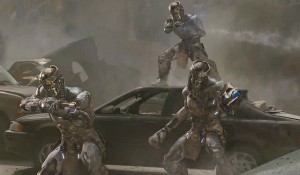 Marvel Avengers Chitauri
Okay, this is where it gets hard. My reference is the picture to the left. If I use this, then I can say that this figure does indeed favor the Chitauri in the movie, but it definitely lacks detail. It’s like Hasbro decided to make the most basic paint-by-numbers action figure they 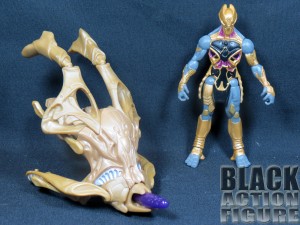 could to release. No time or attention to detail was put into this figure. There could have been more paint applied to the head of the figure. The detail and sculpt in the uniform is very uninspired. This to me is not very indicative of what Hasbro is capable of. I’ve seen the detail that they put into their Star Wars figures, their GI Joe figures, and their Marvel Universe figures and this one comes off feeling like the 3 for a $1 action figure that you pick up at Dollar General.

The color of the skin seems correct: gray. The uniform seems correct: black and bronze. But what is missing is that grittiness of a tried and tested Chitauri soldier. Instead, this action figure comes off being the “Ronald McDonald” of the Chitauri world. 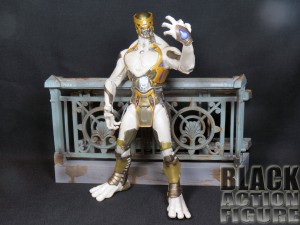 Marvel Select Chitauri
Now I’m really confused. Diamond Select usually does pretty good with matching the movie characters, but I think someone pulled a fast one on them. This figure while is very nicely done, barely resembles the Chitauri soldiers from the movie. For one thing, the skin on this figure is white. Looking at the movie frame from above, the characters are definitely gray…or maybe they are white covered in ash.

This figure is also bare chested while most of the soldiers are clearly wearing breastplates. It is almost like they sculpted this figure on an early conception drawing of the Chitauri and ran with it…while Mr. Whedon decided to change it up some. So what we get is a figure with a similar body type of the Chitauri, but with slightly different armor and definitely different skin tone. I’ll give them points for at least looking nice…even though it isn’t movie accurate. 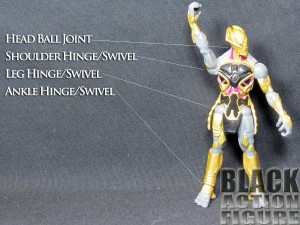 Marvel Avengers Chitauri
As if this figure needs any more negatives, the articulation is definitely the downfall of this figure and it fails on so many levels.  This figure has barely has over 10 points of articulation and is missing the very basic features…namely elbow and knee articulation. If these were present, this would surely redeem the figure and maybe even turn it into a hot seller.

Here’s the kicker. If you go back and look at the package shots, you can clearly see that Hasbro intended for this figure to have both elbow AND knee articulation. Our current guess is that they ran out of time and pushed these figures out the door with the missing articulation. That being the case, Hasbro should be ashamed of themselves for putting out this crap. I’ve seen statues with more articulation. Epic FAIL!!! 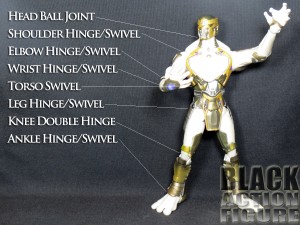 Marvel Select Chitauri
The articulation on this figure almost completely erases any other faults it may have.  This figure has over 26 points of articulation.  I do believe that Diamond Select Toys is getting better and better on articulating their Marvel Select line.  They recognize that collectors want a great sculpt with great articulation at a fairly reasonable price.  If they had great accessories with this one, they would have hit the Trifecta!

There are some issues with some of the articulation.  The hinge on the shoulder is very hard to operate and is very limited in motion.  The swivel on this figure’s ankles is also hampered by a piece of his uniform.  The uniform also does not allow the leg hinge full range (or any range) of motion.  There is no waist articulation which I think sometimes is a necessary add-on to figures these days.  So there are issues and this will affect the score for the figure due to the inability to put it in any effective poses.

I love action figures and I would love to just review the good ones, but when I opened the package to the Marvel Avengers Chitauri, I felt obligated to review just had bad this one turned out.  Since I had the Marvel Select version, I was able to make this one a double.

I guess in some ways, both have their redeeming qualities (sort of) and the Marvel Select Chitauri will still go with the Marvel Select collection.  I just wish both had turned out better in all categories so that I may enjoy them a little more than I did. 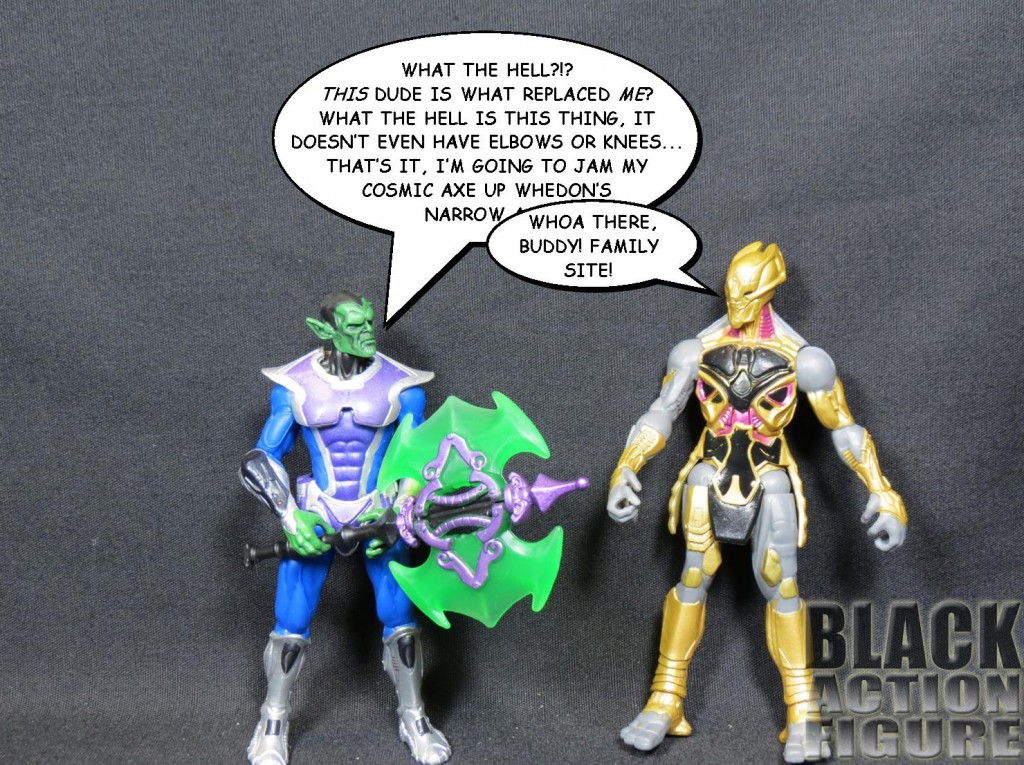 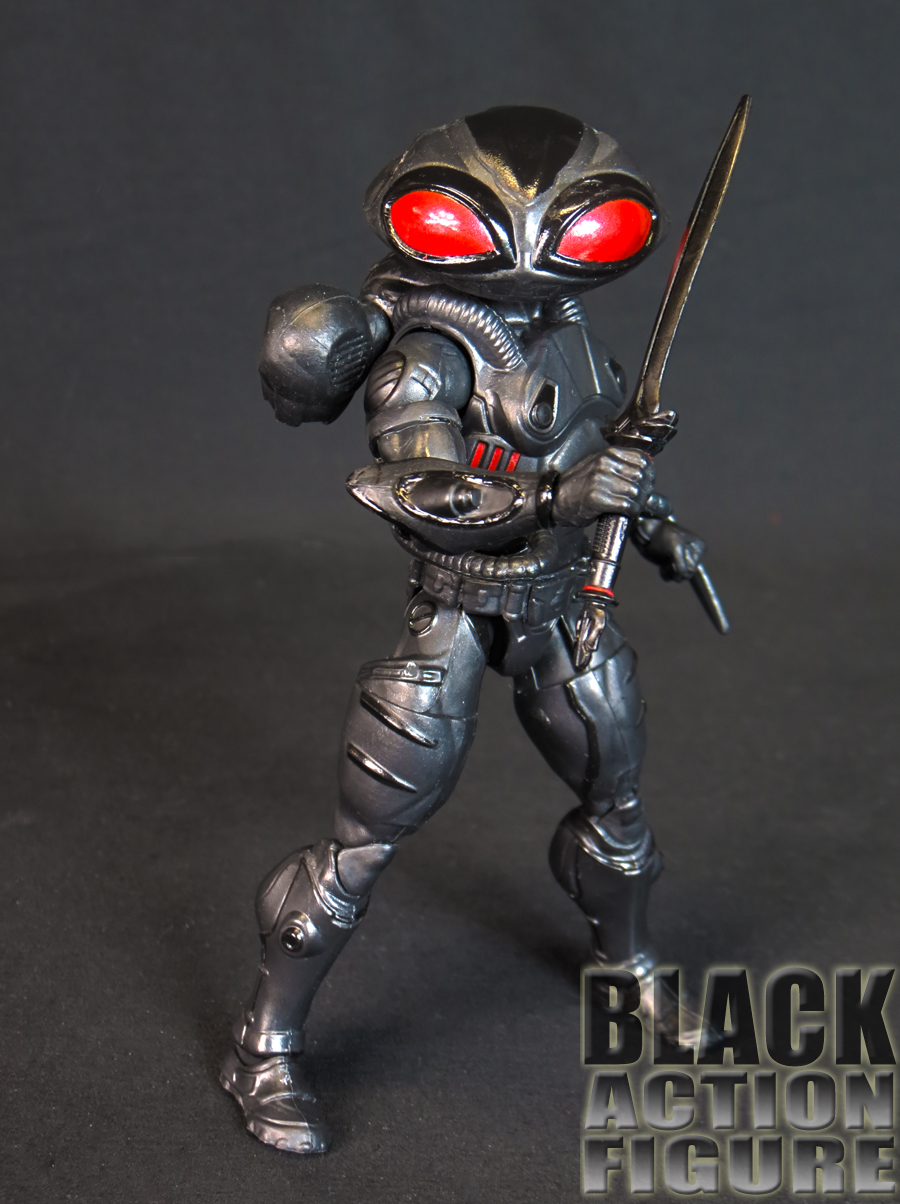